“Under the government of Kishida Fumio, Japan has sharply changed its thinking on nuclear power.” 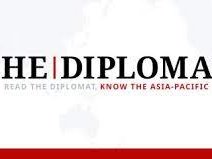 On August 24, 2022, at the newly established GX (Green Transformation) Implementation Council chaired by Prime Minister Kishida Fumio, the Japanese government announced a new nuclear energy policy. The framework for this new policy consists of three key points: maximize the use of existing nuclear power plants through an accelerated restart and extension of their operation period; develop and build advanced next-generation reactors; and develop conditions suitable for the use of nuclear energy, including back-end support.

The most contentious of these is the second point: the development and construction of advanced next-generation reactors. Since the Fukushima nuclear disaster, previous Japanese government policy has made no mention of building new power plants, so it is being seen as a major policy change. What explains this policy change, and is it really feasible?

The most significant influence on the new policy is surely the 2050 Carbon Neutral policy. At present, Japan has only nine nuclear reactors in operation. In fiscal 2020, nuclear power generation accounted for only around 7 percent of the country’s total power generation. According to an estimate by Matsukubo Hajime, Secretary-General of the Citizens’ Nuclear Information Center (CNIC), achieving the government’s goal of raising this percentage to 20-22 percent by fiscal 2030 will require around 26-33 operational nuclear reactors. If the target ratio of nuclear power generation for fiscal 2050 is also set at around 20 percent, then around 37-50 operational reactors will be required. If new power plants are not constructed, by fiscal 2050 there will be three reactors with a 40-year service life and 23 reactors with a 60-year service life. If the Japanese government wants to keep the ratio of nuclear power generation at the stated level, then it will need around 20-40 new reactors.

Other factors cited as reasons for this shift in nuclear energy policy include soaring electric power prices due to the Ukrainian crisis and a desire to decrease dependency on fossil fuels. Whatever the reasons for the policy change may be, the government should explain them more clearly.

First, the policy mentions accelerating the restart and extending the operation period of existing nuclear power plants. However, the outlook for achieving this is unclear. Restarting nuclear power plants requires permission from the Nuclear Regulation Authority (NRA) and the agreement of local communities. Plants could also be forced to close due to legal actions such as injunctions, so there is still uncertainty. With regard to operating period (service life), proposals – led primarily by the Ministry of Economy, Trade and Industry – have been made for the abolishment of the 40-year operating period regulation. But even with this regulation removed, the safety of all plants must ultimately be reviewed by the NAC. If the government is to observe its policy of placing top priority on safety, then it cannot influence NRA safety inspections.

In terms of constructing of new reactors, construction costs for advanced light water reactors – seen as the most practical – are already skyrocketing in the United States and Europe. In the case of small modular reactors, the second most anticipated type, almost all overseas projects are facing setbacks and delays, and they have yet to be successfully constructed.

Above all, the biggest questions are these. Can nuclear power maintain competitiveness in a deregulated market? And are any power companies willing to place orders despite the investment risks? The answers are unknown.

The global situation also leaves little cause for optimism. According to the World Nuclear Industry Status Report 2022, the global ratio of nuclear power generation peaked in 1996 at 17.5 percent and has since gradually declined, falling to below 10 percent for the first time in 40 years, at 9.8 percent in 2021. At the same time, the ratio of renewable energy (wind and solar power) reached 10.2 percent in 2021, exceeding the ratio of nuclear power generation for the first time in history. In terms of future growth, it is quite likely that nuclear power generation’s contribution to combating climate change will decrease. In addition, the recent Ukrainian crisis has also highlighted the risks posed by nuclear power plants in the event of war. The future of nuclear energy at the global level hardly seems bright.

There are also numerous issues to be resolved before we can even begin speaking about a shift in policy. While the decision has already been made to allow contaminated water from the Fukushima Daiichi Nuclear Power Plant to be released into the ocean, the agreement of local fishermen has yet to be obtained. There is also no prospect of removing the melted fuel debris from the reactor in the foreseeable future. Still today there are more than 30,000 refugees who are unable to return to their homes, and many court cases for compensation are still ongoing. In short, the Fukushima nuclear disaster is not over yet.

Moreover, cleanup for the nuclear energy policy that the government has pursued over the past 50 years remains unresolved. Nuclear waste problems (including spent nuclear fuel) and the decommissioning of old reactors remain as issues, regardless of the future direction for nuclear power plants. A review of the nuclear fuel cycle policy that has left the country with massive amounts of plutonium is also necessary and inevitable.

Last but not least, there is the issue of public trust in nuclear energy – trust that was lost as a result of the Fukushima nuclear disaster and has not been regained. Looking at this policy change, there is no trace of sufficient validation or discussion. Until a process is established for developing polices with a solid factual basis and then making policy decisions through dialogue with the public, public trust in nuclear energy policy is unlikely to be restored any time soon.