“The latest edition of the World Nuclear Industry Status Report shows that U.S. nuclear power plants are among the oldest in the world.” 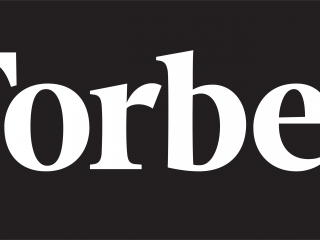 Source : Forbes/statista: U.S. Nuclear Reactors Among The Oldest In The World [Infographic] https://www.forbes.com/sites/katharinabuchholz/2022/10/21/us-nuclear-reactors-among-the-oldest-in-the-world-infographic

The latest edition of the World Nuclear Industry Status Report shows that U.S. nuclear power plants are among the oldest in the world. The country’s 92 reactors currently in operation have a mean age of 41.6 years. The only nuclear fleets in the world that are older are those of Switzerland (46.3 years) and Belgium (42.3 years). However, these programs are a lot smaller than the United States’, which is currently the largest in the world. Also older are the singular reactors in use in Armenia and the Netherlands.

The U.S. was among the first commercial adopters of nuclear energy in the 1950s, explaining the number of aging reactors today. A building boom between the 1960s and 1970s created today’s nuclear power plants in the United States. Of the five reactors completed in the 1990s and the one finished in 2016, all were holdovers of delayed construction projects from the 1970s experiencing roadblocks due to regulatory problems and mounting opposition to nuclear energy.

The opposition the nuclear power industry has faced as well as the nuclear accident at Three Mile Island in 1979 ultimately caused the fact that today, the most recent construction start date of a completed U.S. nuclear reactor is 1978. The date symbolizes the status of a phase-out technology that nuclear has long held. Yet, as the world is going through an energy supply crisis as part of the Ukraine war and embargoes against Russia, the technology is once again generating interest—even though that fresh enthusiasm is meeting an aging infrastructure calling into question the possibility of a swift revival.

However, small steps are happening even in countries known for die-hard opposition to nuclear energy. Germany recently extended the ability to use its remaining three reactors until April 2023. Originally, the country had planned to shut off all reactors by the end of the year. The country’s fleet has a mean age of 34 years and is being decommissioned before the end of its lifespan, therefore making the country liable for damages to the baseline of the plants’ operators.

In Japan, which has also reduced the number of operating reactors significantly since the Fukushima disaster in 2011, the mean age of ten active reactors stands at a similar rate of 31.4 years. Yet, a few reactors are approaching 60 years of age—the former lifespan cap that the country might now do away with due to the current circumstances. In Belgium, where mean reactor age is above 40 years, a petition to postpone the September shut-off of one reactor failed, while the government extended the end-of-life of three others from 2023 to 2025 after the invasion of Ukraine.

While in Belgium and Germany extensions to phase-out deadlines were granted, a full phase-out reversal could happen in the Netherlands and Sweden as new, more conservative governments favor the technology. Italy, which abandoned and even outlawed nuclear energy after the 1986 Chernobyl disaster, might also do a U-turn on the technology under its new right-wing government.

The U.S. meanwhile remains one of only 15 countries which the World Nuclear Industry Status Report lists as actively pursuing nuclear energy. Two new reactors were started at Vogtle power plant in Georgia in 2013 but have not yet been completed. The approval process was lengthy in the aftermath of the Fukushima disaster and delays continued after the groundbreaking, culminating in the bankruptcy of the reactor construction company. The U.S. government stepped in with a loan so that the project would be finished. One of the units is expected to become operational shortly around 17 years after its initial proposal.

The construction of two reactors in Utah is scheduled to begin next year and finish in 2030, after the proposal had already been introduced in 2007. Additionally, company NuScale is expected to build six small reactors in Idaho by 2030 using a new modular technology. Looking at past delays, however, the accuracy of these timelines as well as the ability of nuclear power to remedy current energy woes quickly or significantly—in the U.S. and elsewhere—is likely limited. While opposition to nuclear energy has softened given the current crisis, large parts of the population continue to reject it and local opposition to new projects will doubtlessly be as fierce as ever.