On Feb. 11, nuclear company ThorCon Power signed a Memorandum of Understanding with Indonesia’s National Research and Innovation Agency (BRIN) “on research, development, and innovation of molten salt reactors as an advanced technology for producing nuclear energy”. 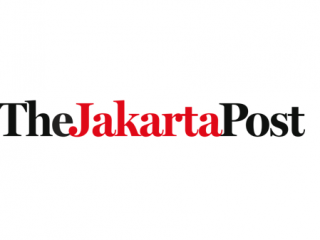 This is the latest development in a series of agreements and announcements involving ThorCon that dates back to at least 2015, when President Joko “Jokowi” Widodo visited Washington, DC, for talks with then-president Barack Obama.

The push for building a nuclear reactor has to be seen in the context of the larger effort to reduce emissions to achieve net-zero targets. Countries are pressured to find suitable technology to replace coal plants that produce firm and dispatchable power.

The argument made by nuclear advocates is that it is the best technology to replace coal for electricity generation. Some technology vendors further claim that electricity from small modular reactors (SMRs) could be cheap. ThorCon, for example, claims that its SMR design could be US$800 to $1,000 per kilowatt of generation capacity.

These claims are not really credible. Wall Street company Lazard estimates that the cost of building a large nuclear plant ranges from $7,800 to $12,800 per kW, and that the cost of each kilowatt-hour (kWh) of electricity is between 13 and 20 US cents. In comparison, solar and wind comes in at around $1,000 per kW and 3.5 US cents/kWh. Unfavorable economics has resulted in the share of nuclear power in global electricity generation declining from 17.5 percent in 1996 to 10.1 percent in 2020, according to the World Nuclear Industry Status Report 2021.

SMRs will make the economics worse. The per unit cost of SMRs is expected to be much higher than large nuclear plants because of a loss in economies of scale. Constructing a 1,200-megawatt reactor requires much less than six times the amount of concrete or steel used in a 200 MW reactor.

SMR advocates claim that costs would come down rapidly through repeated manufacture in factories and learning. The evidence says otherwise. Historically, costs of nuclear plants have increased with more experience. Factory manufacture has not helped reduce the costs of the reactors under construction in the United States, either, according to The Wall Street Journal.

The other factor that goes against SMRs is time. In 2015, ThorCon announced that its first plant would be commissioned in 2021. That, of course, has not happened. But such misses are all too typical of nuclear plants, which have suffered lengthy delays around the world, says the 2021 industry report.

In Indonesia, too, the National Nuclear Energy Agency (Batan) has repeatedly announced plans for large-scale nuclear power plants to be built in Central Java (A. Imhoff et al., The Asia-Pacific Journal, Dec. 14, 2009), Bangka-Belitung and elsewhere —Russian, Japanese, Korean and even Slovakian, according to a document uploaded to the Nautilus Institute. All of these have floundered in the face of serious design flaws, environmental issues and financial impracticality.

ThorCon’s reactor design is particularly problematic because it uses nuclear materials dissolved in molten chemical salts. This means that any material used to manufacture the various reactor components will be exposed to these salts at high temperatures. This is a chemically corrosive and highly radioactive environment.

So far, there is no material that can perform satisfactorily in such an environment. A 2018 review from the United States Department of Energy National Laboratory in Idaho could only recommended that “a systematic development program be initiated”.

These problems will affect the operational reliability of nuclear reactors. Consider the example of the Molten Salt Reactor (MSR) Experiment, which operated intermittently from 1965 to 1969 in Oak Ridge National Laboratory in Tennessee. Over those four years, the reactor’s operations were interrupted 225 times. Of these, only 58 were planned. The remaining were due to various unanticipated technical problems.

Even the US Atomic Energy Commission that had funded the MSR program for nearly two decades raised difficult questions about the technology in a devastating 1972 report. The problems identified that were then continue to plague current designs.

Various research laboratories, from France’s Institut de radioprotection et de s?ret? nucl?aire (IRSN) to the United Kingdom’s Nuclear Innovation and Research Office, have concluded that MSRs are still far from proven. As the IRSN put it, “numerous technological challenges remain to be overcome before the construction of an MSR can be considered”.

Should an MSR be built, it will also saddle society with the challenge of dealing with the radioactive wastes it will produce. This is especially difficult because the waste from MSRs is in chemical forms that are “not known to occur in nature” and it is unclear “which, if any, disposal environment could accommodate this high-level waste” (L. Krall, A. Macfarlane, Bulletin of the Atomic Scientists, Aug. 31, 2018).

ThorCon uses uranium that is enriched up to 19.7 percent in the uranium-235 component. This is the kind of material that Iran has made (BBC News, Jan. 4, 2021) and is facing international condemnation for doing so. In general, producing such fuel will negatively impact global non-proliferation efforts. The Union of Concerned Scientists in the US has also detailed the safety and security risks associated with MSR designs.

The problems with MSRs mean that designs like ThorCon’s cannot be deployed for decades. The climate crisis far more urgent and needs more reliable and presently available technologies. Today, renewable energy sources like solar and wind power are among the cheapest sources of energy and much quicker to construct than even well-tested nuclear reactors, let alone unproven designs like ThorCon’s.

Renewables can also be the basis of a reliable electricity system (A.B. Lovins, M.V. Ramana, Yale Environment 360, Dec. 9, 2021), provided that suitable and affordable options, such as energy efficiency, demand response, technological and geographic diversity, and some storage, are incorporated.

M.V. Ramana, the Simons chair in Disarmament, Global and Human Security and director of the Liu Institute for Global Issues at the School of Public Policy and Global Affairs, University of British Columbia, Vancouver, Canada, and the author of The Power Of Promise: Examining Nuclear Energy In India, also signed the article.

Richard Tanter is senior research associate at the Nautilus Institute and teaches at the University of Melbourne, and published “Imagining the Possible: Asia-Pacific Prospects for the Nuclear Ban Treaty”, GlobalAsia, Vol.16 No.2, (June 2021).