A new generation of nuclear reactors makes a long-awaited debut. They are probably too late . 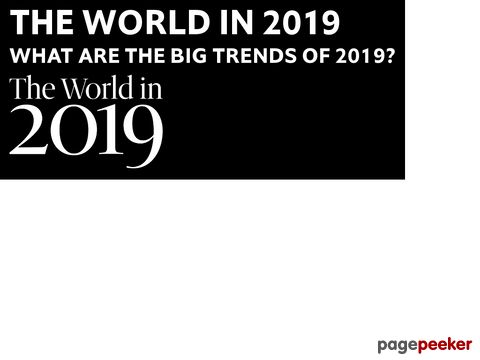 It has taken decades, many billions of dollars of cost overruns, financial meltdown and unresolved legal battles. And that’s the good part of the story. In 2018, with a rare bit of good luck, two types of nuclear reactor that are meant to herald a new era for the technology will at last be up and running. The bad news for the industry is that they are probably too late to halt the slow death of the nuclear dream.

In Sanmen, in eastern China, the first AP1000 reactor is expected to reach full power in 2018. That will ease some of the gloom that has shrouded the industry since its manufacturer, Westinghouse (which is a subsidiary of Toshiba), filed for bankruptcy in America in 2017. At Tai­shan, in Guangdong province, two European pressurised reactions (EPRs) made by Areva, an all-but-bust French producer, are also likely to start up in late 2017 and early 2018, respectively. If all goes according to plan, a Finnish EPR, Olkiluoto 3, will connect to the grid by the end of 2018, which would make it western Europe’s first nuclear power station since 2002.

Both technologies are meant to be virtually meltdown- and bomb-proof, ushering in an era of safer nuclear power. Conceived after the Chernobyl disaster in 1986 with cascading safety features, they were then strengthened to become terrorist-resistant after the World Trade Centre attacks of 2001, and further reinforced after Japan’s Fukushima nuclear disaster in 2011. These events caused unavoidable delays.

But both the AP1000 and the EPR also suffered from runaway internal problems. The reactors were overengineered and suffered failures along the supply chain. Legal disputes also slowed things down. A dispute about cost overruns, between TVO, the Finnish utility that owns Olkiluoto 3, and Areva and Siemens, the German engineering group, which built it, rumbles on. That threatens the availability of “financial, technical and human resources” to finish the project, TVO says.

If the plants do start successfully, more may follow. Despite Westinghouse’s financial crisis, two AP1000 reactors are still under construction in Georgia—the first nuclear power plants to be built in America since the Three Mile Island disaster in Pennsylvania in 1979. (The building of two others in South Carolina was stopped by the bankruptcy amid huge cost overruns.) Two other European nuclear projects, Flamanville in France and Hinkley Point C in Britain, need good news from Olkiluoto to convince financiers that the technology can be built.  If nuclear power has a future, it is most likely to be in China, though. As well as building more AP1000s and EPRs it is also developing its own hybrid of the two technologies. It is responsible for 20 of the 50 reactors currently under construction.

But the amount of nuclear energy that will add to the grid is dwarfed by the amount of renewable energy coming on-stream. According to The World Nuclear Industry Status Report 2017, by the start of 2018 solar PV capacity in China will rival that of nuclear, and will more than double it by 2022. Globally, the falling cost of natural gas and renewables is making the case for nuclear less compelling. Politics is not helping either. Nuclear power­houses such as France and South Korea are now led by presidents who are losing interest in atomic energy. But, in America, the Trump administration wants to throw a lifeline to nuclear energy and coal.

The industry argues that nuclear plants are vital for producing zero-emission, baseload power to back up intermittent renewables and to slow global warming. But no matter how much safer they become, unless they can be built without buckling their manufacturers, the industry is in the midst of a slow but steady meltdown.