There is something almost comical about the Liberals and Nationals throwing the forlorn spectre of nuclear power back into national energy debates, right after their loss in the 2022 “climate election”. 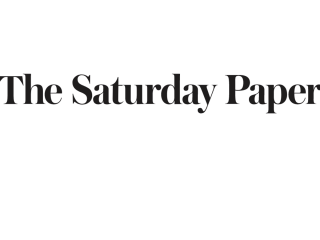 There is something almost comical about the Liberals and Nationals throwing the forlorn spectre of nuclear power back into national energy debates, right after their loss in the 2022 “climate election”.

The incoming Energy minister, Chris Bowen, immediately slapped down the idea, calling it a “complete joke” and noting that nuclear is the most expensive form of energy. He’s right, and that should be the end of the argument, but we know it won’t be, because Peter Dutton and his colleagues are not engaged in a good faith debate about Australia’s future energy mix. For them, this is about something else entirely.

Not everyone who invites discussion on nuclear power acts in bad faith. In a climate emergency, it’s essential to have all viable, low-carbon energy sources on the table, which does entail a periodic assessment of where the nuclear industry actually stands. Has any progress been made on the intractable question of nuclear waste? How permeable is the barrier between civil and military applications? How are safety concerns over the world’s ageing reactor fleet being managed? How is the industry planning to clean up the enormous volumes of radioactive wastes left behind at uranium mines? Can this technology compete against low-cost renewables?

It’s tempting to imagine the nuclear industry stumbling around like the Black Knight in Monty Python and the Holy Grail, bleeding freely, mortally wounded and yet stubbornly defiant and refusing to die. Importing this staggering debacle into Australian energy markets would be much more than just financially irresponsible.

The best independent analysis of the state of the industry is provided by the World Nuclear Industry Status Report. Since 2007, these reports have provided an annual, country-by-country snapshot of nuclear plant construction, start-ups, accidents and closures. They make for forbidding reading, painting a picture of an industry in deep trouble. The number of reactors in operation has declined by two dozen since 2002, as the share of global electricity generation provided by nuclear power fell from about 17 per cent in 1996 to just above 10 per cent in 2020. Part of the problem is that the age of the industry is catching up with it. In the two decades to 2020, there were 95 new nuclear plant start-ups and 98 closures. As plants built in the 1970s and ’80s reach the end of their design life, and construction dries up nearly everywhere other than China, there is no real prospect of them being replaced at anything like the rate of closure. This decline is structural and inexorable.

There is an additional wildcard, which the industry refuses to acknowledge: the risk of future catastrophic reactor accidents. The industry insists it has learnt the lessons of Three Mile Island, Chernobyl and Fukushima, and it is true that plant redesigns and additional safety systems are a major factor driving up the costs of new reactors. But despite this, any accident, disaster or attack that shuts down the cooling system inside a nuclear power plant runs the risk of a meltdown. One study from 2017 analysed the frequency and intensity of 216 nuclear accidents between 1950 and 2014, estimating that “there is presently a 50 per cent chance that a Fukushima event (or larger) occurs every 60-150 years, and a Three Mile Island event (or larger) occurs every 10-20 years”.

These are shocking odds, both for host communities and for energy planners trying to manage the transition to zero-carbon electricity supply. People organising against nuclear power stations, waste dumps and uranium mines are commonly accused of being emotional, hysterical or delusional, when in fact these actions are usually informed by a willingness to look honestly at the difficult truths of this industry.

Someone who has seen those truths close up is Naoto Kan, who was prime minister of Japan at the time of the Fukushima disaster in 2011. In his introduction to the 2021 World Nuclear Industry Status Report, he writes: “The reactors in Units 1 to 3 suffered not only meltdowns, but also melt-through of the nuclear fuel, while the spent fuel pool at Unit 4 came close to evaporating entirely. Had this come to pass, it would have necessitated the evacuation of all residents within a radius of 250 kilometres – an area including the metropolis of Tokyo, the consequences of which would have been unimaginable.”

On the awful day we learn the name of the next Fukushima, whether it be in France, China, the United States or Russia, neither the industry nor its investors will be able to say they weren’t warned.

Surprisingly, it turns out these arguments are now accepted by a growing number of pro-nuclear advocates. Many of them tacitly or openly acknowledge that the technology they’ve been promoting for decades has no future. They have ceased arguing for the giant, water-cooled fission reactors that have been the backbone of the commercial nuclear energy sector since the 1960s. Instead, they now advocate for a bewildering variety of experimental reactor types, fuelled by uranium or thorium or plutonium, cooled with helium or molten salt or liquid metal. These designs are proclaimed to be simultaneously cheap, safe and efficient, free of proliferation, waste and accident risks, and ready for commercial deployment any decade now.

What unifies many of them is not so much the technology type, but the smaller scale and the fact that they don’t really exist. A pilot plant of one such small modular reactor (SMR) went into operation at Shidao Bay in China late in 2021, but outside the Chinese nuclear establishment, nobody knows how much it cost to build. According to the World Nuclear Industry Status Report, “There appear to be no plans to construct more reactors of the same design.” These plants are not an answer to climate change. Even the most ambitious estimates for commercial deployment of SMRs stretch into the 2030s and 2040s, long after the heavy lifting of global decarbonisation needs to have been done. Allison Macfarlane, the former chair of the US Nuclear Regulatory Commission, stated in 2021: “When it comes to averting the imminent effects of climate change, even the cutting edge of nuclear technology will prove to be too little, too late.”

This is where what Peter Dutton and his colleagues are really up to comes into sharper focus.

The speed and scale of low-cost solar and wind energy backed up by batteries and hydro power has hit critical mass worldwide. According to the International Renewable Energy Agency, 2015 was the first year that more renewable energy capacity was added to the grid than non-renewable, including fossil and nuclear. By 2021, clean energy technologies accounted for 81 per cent of new generation capacity globally. Closer to home, the signs are everywhere, from the early closure of AGL’s coal-fired power stations to the announcement of huge new renewable energy zones across multiple Australian states. Into this fast-closing gap, the nuclear industry is making its final pitch before obsolescence: enormous public subsidies in exchange for an imaginary generation of small, cheap, safe reactors that exist nowhere but on paper. Complicating the message for those who still insist that there is no connection between nuclear weapons and nuclear power, the Morrison government’s reckless entry into the AUKUS agreement threatens to enmesh Australia in the trafficking and disposal of high-level spent nuclear fuel from submarine reactors, with all the public health, national security and proliferation risks this entails.

It’s tempting to imagine the nuclear industry stumbling around like the Black Knight in Monty Python and the Holy Grail, bleeding freely, mortally wounded and yet stubbornly defiant and refusing to die. Importing this staggering debacle into Australian energy markets would be much more than just financially irresponsible: it would lock us into a high-risk dead end just as the clean energy revolution is finally under way at scale. But unlike the Black Knight, nuclear technology still retains the capacity to do enormous harm, even in its present enfeebled state. The UN Secretary-General’s special adviser on climate change, Selwin Hart, put it like this in a statement last year: “Where countries are depending on technologies that have not yet been developed, or indicating they intend to cut in the 2030 and 2040s, quite frankly, that’s reckless and irresponsible.”

The foundation of the global anti-nuclear movement has always been in the frontline communities that have suffered the harshest impacts of this technology. Whether it be the First Nations communities in Central and Western Australia, whose lands and health were sacrificed for nuclear weapons testing decades ago, or those who won an end to uranium mining in Kakadu or nuclear waste dumping in Central and South Australia: these debates are won and lost on Country, not in op-ed pages or analysts’ spreadsheets. So, while a combination of lived experience, mockery and hard data may be enough to put Dutton and his colleagues’ latest deranged foray to rest for the time being, the “debate” over nuclear power seems likely to hang around until the solar age puts it to the sword once and for all.