“The Russian nuclear industry is essential for the operation of many power plants in Europe.” 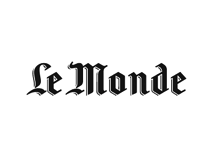 Source : Le Monde: Russian nuclear energy, the industry that has gone unsanctioned by the West https://www.lemonde.fr/en/energies/article/2022/12/03/russian-nuclear-energy-the-industry-that-has-gone-unsanctioned-by-the-west_6006474_98.html

From gas to coal, the war in Ukraine, by provoking an energy crisis of unprecedented proportions, has exposed Europe’s dependence on Russia’s hydrocarbon sector. But another dependency has so far received very little attention: In the eastern part of the European Union (EU) in particular, member states rely on the Russian nuclear industry to run their power plants and produce up to half of the electricity they need.

While the atomic energy giant Rosatom is an instrument of influence for Vladimir Putin, who is in charge of the country’s nuclear weapons and is involved in the occupation of the Zaporizhia power plant in Ukraine, this sector has so far been spared by the sanctions. It is a status quo that should not prevent the market from restructuring at least in part, and that could benefit French players in the process.

Rosatom, champion of all categories

One figure illustrates Russia’s weight in the nuclear industry: Of the 440 reactors in operation around the world, 80 are of Russian design, i.e. of the VVER kind. Over the last few decades, the country has exported more units than any other player.

The EU has 18 of the 100 or so active reactors, mainly in the former Soviet bloc countries. In Bulgaria, for example, the two Russian reactors provide one-third of the country’s electricity. In the Czech Republic, the six units are responsible for nearly 37% of production, while in Hungary the four reactors produce nearly half.

Moscow furthermore continues to dominate the international market. According to the World Nuclear Industry Status Report, of the 53 reactors under construction as of mid-2022, 20 were being built by the Rosatom Group, 17 of which are outside Russia. Only France and South Korea are also building reactors (two each) outside their borders.

With more than 300 companies, 275,000 employees and commercial partnerships signed with more than 50 countries, the Federal Atomic Energy Agency Rosatom is a behemoth. Involved in almost all nuclear countries, it was officially created in 2007 by the Russian president. “That year, Vladimir Putin brought together the nuclear activities of the public and private sectors,” said Mark Hibbs, a nuclear policy specialist at the Carnegie Endowment for International Peace. “He centralized the entire industry, including military nuclear weapons, into a single organization that reported directly to him.”

Since then, Rosatom has pursued an offensive strategy, offering to deliver “turnkey” power plants. Not only does Russia build, maintain, and provide technical expertise and fuel, but it can also bear the financial cost, even for operations considered risky.

Such a contract, for four reactors estimated at about $20 billion (a little more than €19 billion), was signed in 2010 with Turkey, which had been trying in vain for decades to launch a nuclear program. “The Russians are hypercompetitive, no one in the Organization for Economic Cooperation and Development [OECD] can compete with what they offer,” said Marc-Antoine Eyl-Mazzega, director of the energy and climate center at the Institut Français des Relations Internationales (French Institute of International Relations).

Regarding natural uranium, in 2021, Russia was the third supplier of the EU with 20% of the market share, according to the European agency Euratom. Kazakhstan came in second place, yet some of the uranium mined in the landlocked country transits through Russian territory. “About 45% of French uranium comes from Uzbekistan and Kazakhstan, regimes under Russian influence, and transits in Russian cargo ships, which is not neutral,” said Pauline Boyer, nuclear campaigner at Greenpeace.

Once extracted, natural uranium must also be “converted” – the ore is purified and transformed into uranium hexafluoride (UF6) – and then “enriched” – the concentration of uranium-235 is increased – before it can be used in the form of fuel. Here, too, Rosatom wields real clout: The group controls 25% of the European conversion market and 31% of the enrichment market – figures that climb to about 40% and 46% worldwide.

In addition to the EU, the United States is also heavily dependent on Russia. “At any time, Moscow could cut the available global supply of nuclear fuel in half, and the most exposed market in the world is the United States,” estimated Paul Dabbar, former deputy secretary of the US Department of Energy, in late October. In 2021, Rosatom supplied nearly a quarter of the fuel needed for the 93 reactors in the US fleet. Most of the so-called “fourth generation” advanced reactor designs under development, moreover, require uranium enriched to 20%, which only Russia is currently able to provide.

“The dependence on nuclear power is particularly strong because it is not simply a dependence on a material, but also on technologies and industrial capacities,” said Yves Marignac, a nuclear expert with the Association négaWatt, an organization that promotes energy sufficiency and the replacement of fossil fuels and nuclear energy.

In April, the European Parliament called for a “total embargo” on imports of coal, oil, gas but also nuclear fuel from Russia. But after nine months of war and eight rounds of sanctions, the atomic industry is one of the few sectors not affected by the restrictions, much to the regret of Ukrainian leaders. It has even benefited from exemptions: Cargo planes coming from Moscow and transporting fuel destined for Slovak and Hungarian power plants have been allowed to travel despite the closure of European airspace to Russian aircraft.

In economic terms, EU countries have paid about €210 million for raw uranium imports from Russia in 2021. While this sum is far less than that spent on gas or oil purchases, it masks other indirect gains for Russia. “It would be logical to sanction Rosatom, which is involved in the occupation of the Zaporizhzhia power plant and thus complicit in Moscow’s war strategy, but no one has done so,” said Mr. Hibbs.

This nuclear-related exception is explained primarily by the energy context. While the conflict has deprived Europeans of almost all their Russian gas supplies, going without their nuclear generation capacity would add to the risk of electricity shortages in the coming winter, which are expected to be particularly tense. In addition, the EU is committed to a process aimed at massively reducing its greenhouse gas emissions by the end of the decade. In July, it chose to include nuclear power, a low-carbon source of electricity, in the list of green investments to combat global warming.

For some states, sanctioning Rosatom would also mean breaking off multiple commercial relationships and long-term commitments. “If the nuclear aspect were to be addressed in the context of sanctions, it is highly likely that Hungary would oppose it,” said Phuc-Vinh Nguyen, an expert at the Institut Jacques-Delors.

Another difficulty is the inertia associated with nuclear power. If sanctions were imposed, it would likely take years to develop reliable alternatives without jeopardizing the safety of the facilities. Most states have sufficient uranium reserves to keep their reactors running for months or even years, but securing new supply contracts can be complex and costly, as can developing new conversion, enrichment, or even expert capabilities. “Given the decline of the nuclear industry in recent years, there is a real shortage of skilled people who could quickly support countries like Bulgaria or Slovakia,” added Mr. Hibbs.

But will the war in Ukraine, which exposes the EU’s and the United States’ dependence on Russian nuclear power, have an impact on the industry? According to Euratom, the market has been “profoundly affected” by geopolitical developments: “This has undermined confidence in what was once a major nuclear energy partner, weakening the EU’s security of supply of nuclear materials and services and exacerbating its dependency problems,” the institution wrote in a report published in August. “Given the war in Ukraine, the US and the EU must now consider how to reduce their dependence on Rosatom,” spokespeople for the Orano Group in France also agreed.

In fact, while most experts believe that the imposition of nuclear sanctions is unlikely, Rosatom’s dominance could be partly challenged and the group could lose some market share. In terms of reactor deliveries, Finland canceled a contract with Rosatom to build the Hanhikivi plant after the conflict broke out. “The Russian group’s role as a developer of new power plants will be restricted,” said Mr. Eyl-Mazzega. “It can no longer lend to its clients as it used to, as the war is complicating access to financing.” “The first loss to the nuclear sector was trust in Russia, and the second was Rosatom’s export prospects,” wrote Jeremy Gordon, a nuclear consultant, also in June. At the time, he pointed out that the void left by Rosatom would open up the market to other players including France, South Korea, and the United Kingdom.

As a concrete consequence of the war, the French company Orano is now seeking to expand its uranium enrichment capacities, either by building a new facility in the United States, where it is already involved, or by increasing the current capacity of the Tricastin plant by about 30%. For the second option, the Commission Nationale du Débat Public (CNDP, National Commission for Public Debate) has already been consulted by the group, and a consultation will be organized as early as 2023. “There is a clear interest from European and American customers who want to reduce their dependence on Russia,” explained Orano. “The process would be faster in France, but it all depends on how quickly customers commit.” Moreover, the company is not alone in this upstream cycle, where the Anglo-German-Dutch group Urenco is also pushing prepared for changes.

Regarding fuel, the American Westinghouse electric corporation started supplying certain VVER-type reactors in Ukraine as soon as Russia annexed Crimea in 2014. In the future, it is expected to have new customers such as the Czech Republic, which was previously supplied by Rosatom subsidiary TVEL. Sweden, for its part, canceled a contract to import Russian uranium in recent months. For the French company Framatome, it is developing a fuel under a license purchased from the Russians, while working on its own technology for the end of the decade.

A realignment of the market will, nonetheless, at some point require a political push. “Before putting money into new capabilities, Western players are going to look to governments to set clear policies,” Matt Bowen, a researcher at the Center on Global Energy Policy at Columbia University in the United States, said in May. “Their concern is that in a year or two, maybe less, Russian products will be allowed back into the markets, causing them to lose their investments.” So far, however, key players thinking about diversifying their sources of supply are doing so discreetly, with little debate about ties to the Russian nuclear industry.

Moreover, part of the world seems reluctant to question the dominant position currently held by Rosatom. In recent months, the group has begun the construction of Egypt’s first reactor at El-Dabaa, in the North of the country, and in July it started work on the fourth reactor at the Akkuyu plant in Turkey. In September, Hungary gave the green light for the launch of two new units, and on November 23, Kyrgyzstan announced that it would study the possibility of building its first power plant with Russia. In total, the Russian giant, which would not answer questions from Le Monde, still claims 34 projects abroad for a total of €140 billion.

This article was originally published in French.