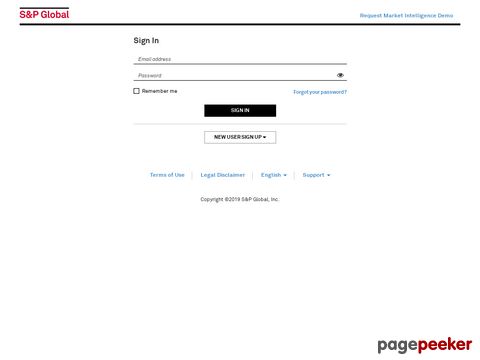 Nuclear energy is in irreversible decline across the world, with the construction of new units appearing to bottom out, a new report found.

“The deterioration of the situation is accelerating,” warned Paris-based nuclear consultant Mycle Schneider at the U.S. launch of the World Nuclear Industry Status Report on Oct. 12 in Washington, D.C. The event was hosted by the anti-nuclear Natural Resources Defense Council, the Union of Concerned Scientists and the German Green Party-linked Heinrich Böll Stiftung North America foundation.

The 10th annual edition of the report provides a grim assessment of the worldwide nuclear industry. According to the report’s 2017 edition, the mean age of the world’s 403 reactors in operation as of July 1 is approximately 29 years while the mean age at retirement of the 169 reactors that have shut down was roughly 25 years.

In contrast to nuclear phase-outs and limited extensions elsewhere, the U.S. is seeking to keep its fleet online as long as possible, said Schneider. With a mean age now exceeding 37 years, 84 of America’s 99 operating reactors have already received operating license extensions for up to a total lifetime of 60 years, the report said.

“These are really old machines and it does have consequences,” cautioned Schneider. In addition to perceived safety risks, he said aging fleets are incurring increased production costs as utilities see declining consumption rates and shrinking customer bases. Nonetheless, global nuclear generation increased by 1.4% in 2016, thanks to a 23% increase in China, but nuclear power’s share in the global generation mix fell to 10.5%, the report said.

The report shows that the number of units under construction declined for the fourth year in a row, from 68 reactors at the end of 2013 to 53 by mid-2017 before V.C. Summer’s two additional units were scrapped in South Carolina and a third unit came online in China. Thirty-seven of these reactors under construction were behind schedule, with 19 of them reporting further delays over the past year, the report said.

According to the report, 20 of the units under construction are in China, as are half of the 10 reactors that came online in 2016. Eleven of the 20 Chinese projects are also behind schedule with 20.5 GW of nuclear capacity slated to come online through 2021.

“China will clearly miss the latest official target of 58 GW [of total nuclear capacity] for 2020,” the report assessed. “And with only two construction starts in 2016 and none in 2017 as of mid-year, the outlook is not improving.”

Schneider added that China’s failure to have 30 GW under construction by now as previously planned is evident that the “Chinese exception” in nuclear trends might be over.

Updating the report, Schneider said 2017 has so far only seen one unit start construction, in India, and three come online — two units in China and a third, Chinese-made unit in Pakistan. These are the first units to come online that began construction after the Fukushima meltdown in March 2011. In total, 17 reactors were scheduled for startup in 2017 but 11 have been delayed until at least 2018.

The number of countries building new reactors has declined to 13 following the abandonment of Brazil’s Angra-3 amid a corruption scandal.

The French government has provided a $5.3 billion bailout for Areva SA, as the state-owned nuclear developer spins off its various assets after accumulating $12.3 billion in losses over the past six years. Areva has also been at the heart of a scandal over the cover-up of faulty nuclear parts.

And finally, the May 10 election of Moon Jae-in as South Korea’s new president has led to the shutting down of one nuclear plant, an announced phase-out of the country’s 24 other reactors and suspension of two units under construction. Moon’s anti-nuclear agenda also threatens to put a halt to the country’s nuclear exports and projects abroad, the report said.