The conversation always starts the same way. Someone pops up in an opinion piece or during a political interview and asks why Australia can’t have rational discussions about nuclear power. 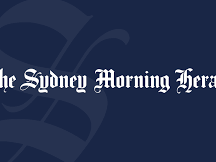 Boundless, cheap, emissions-free baseload power is there for the taking if an Australian government just had the intestinal fortitude to face down an unfeasibly powerful cabal of ideological greenies, we’re told.

The call is echoed around the country by a handful of enthusiastic advocates and resonates in conservative political circles before fading out, sometimes after seeding the ground for yet another parliamentary inquiry on the issue.

With the Coalition’s election loss the issue has erupted again. Victorian Liberal greybeard Michael Kroger lamented the lack of visionary policy. Asked by this newspaper what one might be, he proposed a nuclear energy program.

In a piece for The Spectator entitled “The Teals: loud, entitled and Rich” and subtitled, ”Why we lost Kooyong”, conservative commentator Tim Smith also cites the lack of a nuclear energy plan, as though the raft of inner-city voters who abandoned his party for climate candidates might have been won over with nuclear power plants rather than phantom car parks.

Both the former and new Nationals leaders have advocated for nuclear power since the loss. “Our party room will come to a position on that and it’s one that obviously we’re very passionate about,” said David Littleproud. In these pages last week, Jake Thrupp, writing on how the Liberals might win the next election, declared nuclear power was supported by “most of the [Liberal] party room”, by “fair-minded Australians” and is embraced around the world.

The enormous protective dome over the top of the Chernobyl reactor building. Credit: AP

It isn’t. The most comprehensive analysis of the global nuclear industry is the annual World Nuclear Industry Status Report. The most recent, published before the Russian invasion of Ukraine, shows that despite a surge in activity in China, the global industry remains in decline. As of mid-2021, 33 countries operated 415 nuclear reactors, up seven units compared with mid-2020 – but still below mid-2019 and 23 fewer than the 2002 peak of 438.

In 2020, globally, five reactors started up, which was six fewer than scheduled as of mid-2019. Six units closed over the same period. There are now 414 reactors in operation and 93 that were abandoned during construction. Another 53 are closed for maintenance, 25 of which have had construction suspended and 204 permanently closed.

A forward for the report written by former Japanese prime minister Naoto Kan gives readers a hint as to why the decline continues even as concern over fossil fuel pollution increases. He notes that the Fukushima disaster saw three of the plant’s units melt down, but a spent fuel pool in a fourth almost evaporated entirely. This catastrophe was avoided due to heroic efforts by military and emergency service workers from around the world.

“Had this come to pass, it would have necessitated the evacuation of all residents within a radius of 250 kilometers – an area including the metropolis of Tokyo, the consequences of which would have been unimaginable.”

Despite this (relative) good fortune, the disaster prompted the industry to tighten safety measures and, as a result, the construction of new facilities has doubled or tripled in cost, Kan writes.

The global energy crisis prompted by Russia’s war has reignited at least rhetorical enthusiasm for nuclear power in some quarters. Boris Johnson voiced his view recently that Britain should be building a new plant every year rather than every decade.

The market is so far unconvinced. The only major plant under construction in Britain is currently two years overdue and projected to cost about $45 billion, compared with an early estimate of $30 billion. In March this year, Finland’s first new plant in 15 years went online, 11 years late and at a cost $20 billion, three times over budget.

Meanwhile, the cost of renewable alternatives and batteries continues to fall, along with construction times. The latest CSIRO report on the cost of energy in Australia again found solar and wind to be the cheapest, and nuclear – though hard to estimate – the most expensive. This echoes the International Energy Agency which in 2020 judged solar power to provide the cheapest electricity in history.

Nuclear advocates tend to respond to sceptics by citing the benefits of small modular reactors – the safe ones that can be constructed in factories for quick and cheap deployment. And it’s true, SMRs sound great. Their only shortcoming is that they don’t yet exist.