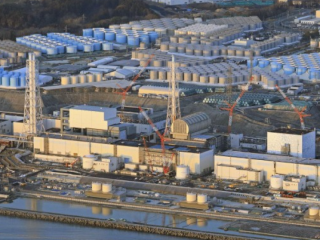 Source : Kyodo News – OPINION: Nuclear power has become irrelevant — like it or not https://english.kyodonews.net/news/2021/03/1a9b07886b98-opinion-nuclear-power-has-become-irrelevant----like-it-or-not.html

PARIS – Ten years went by since the Fukushima Daiichi accident began. What happened in the United States, historically leading the world’s nuclear power programs and still operating the largest reactor fleet in the world? What are global developments in energy policy increasingly dominated by renewable energy?

“The debate is over. Nuclear power has been eclipsed by the sun and the wind,” Dave Freeman wrote in the foreword to the World Nuclear Industry Status Report 2017.

The renowned industry thinker, called an “energy prophet” by The New York Times, passed away last year at age 94. He had seen nuclear power coming and going. President Carter appointed him as chairman of the only fully public electricity utility in the United States, the Tennessee Valley Authority in 1977.

Construction had started on two nuclear reactors in the state in 1972. It took until 1996 to complete the first one and until 2016 for the second one. Those were the last units to start up in the United States.

Construction began on four units in 2013, but in 2017, the bankruptcy of builder Westinghouse led to the abandonment of the $10 billion V.C. Summer two-unit project in South Carolina.

Construction cost estimates for the only other active construction site in the United States, the two-unit Vogtle project in Georgia, have multiplied by a factor nearing five from $6.1 billion in 2009 to $28 billion by 2018. The startup continues to be delayed.

Meanwhile, lacking newbuild, the U.S. nuclear fleet is aging and the 94 still operating reactors now exceed an average age of 40 years. Although the U.S. nuclear industry claims to have achieved decreasing operation and maintenance costs — the only nuclear country to do so — the utilities are still struggling to compete with fierce competitors from the renewable energy sector.

Solar photovoltaic plants saw their electricity-generating costs decrease by 90 percent over the past decade, and wind power is down 70 percent, while nuclear kilowatt-hour costs increased by one third.

The global nuclear industry has lost the newbuild market. Five reactors started up in 2020, while six were closed down. While there was a net nuclear capacity increase of 0.4 gigawatt, renewables added an estimated 248 gigawatt. China, the only country with a significant newbuild program, added 2 gigawatt of nuclear and 150 gigawatt of solar and wind combined.

As Freeman stated, “These renewable, free-fuel sources are no longer a dream or a projection — they are a reality that are replacing nuclear as the preferred choice for new power plants worldwide.”

No wonder despair is reigning in nuclear companies’ headquarters. Ten years after the disaster struck Japan, nuclear power has become irrelevant in the world, an industrial reality that also Japanese policymakers need to face.

(Mycle Schneider is an independent international consultant on energy and nuclear power. He is the coordinator and publisher of the annual World Nuclear Industry Status Report.)