The government has announced plans to reduce the UK’s reliance on oil and gas by building as many as eight new nuclear reactors, as part of its new energy strategy. 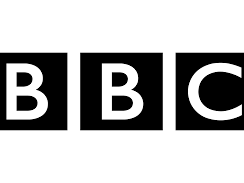 The aim is that by 2050, up to 24 gigawatts (GW) of electricity will come from nuclear - 25% of the UK’s projected electricity demand.

Prime Minister Boris Johnson says expanding the use of nuclear would help cut bills and resist “bullying” from Russia, which dominates the European gas market.

What is nuclear power?

To create nuclear power, in non-military reactors, uranium atoms are bombarded by much smaller neutron particles.

This causes the atoms to break down and release huge amounts of energy as heat. The heat is then used to boil water, producing steam which drives turbines and generates electricity.

This process does not result in greenhouse gas emissions, and requires minimal mining for metals and other resources, but does produce hazardous waste that needs to be stored for a very long time.

How much nuclear power does the UK use?

There are currently six plants that can supply about 20% of UK electricity demand, with 15% generated in 2020. This amount has declined since the 1990s, with several plants reaching the end of their lives.

Most of the existing reactors are due to cease operating and be shut down before 2030.

The government says it wants to deliver up to eight new reactors overall, with one being approved each year until 2030.

Where are nuclear plants being built?

The government has backed the construction of Hinkley C in Somerset, which will be the largest nuclear station in Britain.

It has also confirmed advanced plans to approve two new reactors at Sizewell C in Suffolk, during this parliament.

Wyfla in Anglesey has also been named as a site for a new nuclear power station in the next parliament.

As well as larger nuclear power stations, the government is also supporting Small Modular Reactors (SMRs), which work in the same way as conventional nuclear reactors, but on a smaller scale.

The energy strategy says the UK will collaborate countries such as Canada and the United States to accelerate work on advanced nuclear technologies, including both SMRs and Advanced Modular Reactors (AMRs).

How much do nuclear plants cost?

Nuclear power plants are extremely expensive and complicated to build. Hinkley C - the newest of the UK’s planned nuclear power stations - is already expected to be 30% over budget at £22 - £26 bn.

The much smaller SMRs would cheaper, at about £2bn - but obviously also generate significantly less power.

But this could mean electricity customers have to pay part of schemes’ costs upfront through their energy bills.

There is also the question of the price which will be paid for the energy generated by the UK’s new nuclear plants.

In 2013, the government agreed to pay £92.50 per megawatt hour ( for the electricity produced by Hinkley Point, which would rise with inflation.

Although this is considerably below current prices which have soared to £195 per megawatt hour due to the energy crisis, critics argue it is still too much.

Over the last five years, the price has been between £25 and £50 per megawatt hour, so if prices return to this bro would make nuclear power expensive.

How long do nuclear plants take to build?

Critics of nuclear power say they take so long to come on stream they will be too late for the UK’s emissions targets or to reduce energy prices.

In 2016, EDF Energy said construction of Hinkley Point C would take 10 years - last year it said it was on track to open by the end of 2026, although further delays are possible.

A new body called Great British Nuclear is now being set up, with the aim of overseeing and speeding up the time it takes to build and make nuclear plants operational.

The government also says SMRs are quicker to construct than larger plants due to the smaller parts involved.

Who uses nuclear power around the world?

In mid-2021, 415 civilian nuclear reactors were operating in 33 countries, according to the World Nuclear Industry Status report.

Together, the “big five” - the US, China, France, Russia, and South Korea - generated 72% of all nuclear electricity in the world in 2020.

The industry report says that the nuclear share of the global energy market is steadily declining.

The International Atomic Energy Agency, part of the United Nations, says nuclear power plants are among “the safest and most secure facilities in the world”.

They are subject to stringent international safety standards.

There was widespread alarm in March when a nuclear power station in Ukraine - the largest in Europe - was hit by shelling before being taken over by Russia.

And there have been some high-profile accidents, where large amounts of radioactive material were released into the environment.

The worst nuclear accident in history resulted from an explosion at the Chernobyl nuclear power plant in 1986. A tsunami caused by an enormous earthquake flooded the Fukushima nuclear plant in Japan in 2011.

Even under normal conditions, generating nuclear power produces hazardous radioactive waste, which needs to be safely managed and stored for hundreds of years.

But a House of Lords paper from October says the issue of nuclear waste remains “unresolved in the UK”.

It is currently stored in temporary facilities that are not designed for the permanent storage of so-called “high-level” radioactive waste.

The government’s preferred solution is “geological disposal” - placing waste deep in a rock formation that would prevent radioactivity from escaping.

However, no community has agreed to host such a facility.

How ’green’ is nuclear power?

Unlike fossil fuels, nuclear power stations do not produce greenhouse gases like carbon dioxide or methane - and 1kg of nuclear fuel produces millions of times more energy than 1kg of coal.

But like fossil fuels, nuclear fuels are non-renewable energy resources.

Building new nuclear plants of any size also creates emissions - for example, through manufacturing the large amounts of steel and other materials needed.

The long-term environmental consequences of dealing with nuclear waste are also unclear.