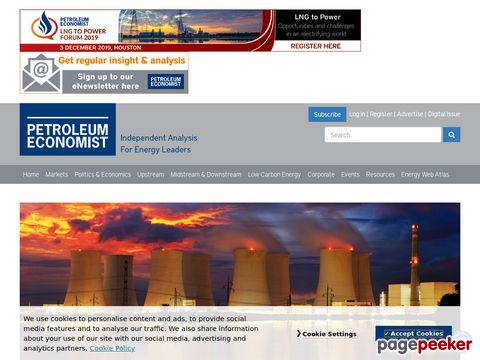 State-owned EDF admitted on 10 April that inspectors had found “quality deviations” on 150 welds in a system used to transport steam to turbines at the Flamanville European Pressurized Reactor (EPR), a third generation pressurised water reactor in northwestern France.

Those inspections were prompted by an initial finding in February that 38 of 66 weldings on a secondary cooling circuit were not in line with standards, which were passed on at the time to France’s Nuclear Safety Authority (ASN).

Because the ASN has already demanded that a study be completed into the initial problems by the second half of 2018, it’s likely the new discovery will exacerbate problems with the long-delayed plant’s timetable and costs—it is seven years behind schedule and €7bn ($8.6bn) over budget.

The impact of the substandard weldings will also likely be felt further afield, particularly on timings for other long-delayed EPRs that the firm is currently building: Hinkley Point C in the UK, and Olkiluoto 3 in Finland.

Construction of the first EPR in Olkiluoto started in 2005 and was initially set to be completed by 2009, but in October 2017, the project was again delayed to May 2019, when it is intended to become western Europe’s first new nuclear power station for 15 years. Meanwhile, construction is slated to start on the 3.2-gigawatt Hinkley Point C plant in Somerset, southwest England, in 2019. The plant was first proposed in 2008 and is expected to take at least a decade to bring online, at a cost of £20.3bn ($28bn).

“Repeated construction delays further undermine the credibility of nuclear power as a viable option for electricity generation in the context of urgency to combat climate change”, Mycle Schneider, lead author of the World Nuclear Industry Status Report, told Petroleum Economist. “Nuclear power turns out to be not only increasingly expensive, but far too slow to compete with other options.”

Despite the delays, the need to ensure strict standards in a post-Fukushima environment was underlined by an incident last December at China’s Taishan1 reactor, which was constructed by China General Nuclear Power Corporation (GCN) with EDF. Taishan1’s deaerator, which removes oxygen and other gases from boiler feedwater circuits, cracked during performance testing due to defective welding.

Safety issues have loomed over nuclear power’s future in western Europe since the Fukushima accident in Japan in March 2011, when a 9.0-magnitude offshore earthquake triggered a 46-foot tsunami that hit the plant, leading to the leakage of radioactive materials and shutdown of the plant.

But the European Union still depends on nuclear power for more than a quarter of its electricity needs. Across the bloc, there are 127 operational reactors; France has the most, with a total of 58; and there are seven in Belgium. Proponents say in the mid-term that it still represents the fastest, most reliable and cost-effective transition route towards a low-carbon economy.

“Nuclear is a key part of Europe’s energy mix and its transition to a decarbonised power sector,” said Berta Picamal, executive advisor at industry association FORATOM. “It is a vital part of the solution for combating climate change as it emits 30 times less CO2 than natural gas, 65 less than coal and three times less than solar energy.”

Despite the compelling low-carbon arguments, western Europe is increasingly turning its back on the technology. On 31 March, the Belgian government confirmed that its future energy strategy included a plan to shut down all nuclear power plants by 2025, and Germany, Spain and Switzerland have also made plans to phase out nuclear power by the 2020s. Even President Emmanuel Macron’s French election campaign included a promise to cut nuclear power generation from 72% to 50%.

“In a strict commercial sense, nuclear power is a tough proposition in western Europe. Unlike emerging economies and regions, demand is flat in the continent,” said Jane Nakano, a senior energy analyst at the Center for Strategic and International Studies. “In mature markets it is tough to make a business case for massive projects that require huge upfront investment.” Nakano adds however that outside of western Europe, interest remains strong for nuclear power among emerging countries and regions. Nuclear remains a viable option for them to help meet soaring energy needs while diversifying supply and cutting carbon emissions at a pace that renewable sources of energy, such as wind and solar power could struggle to match.

However, even among eager customers, the viability of future nuclear deals rests on the industry’s ability to limit cost overruns and delays—all while competing with the falling costs of renewables.