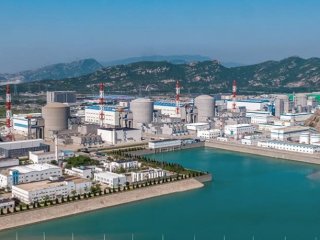 Although there are 23 fewer nuclear reactors in the world today than at the 2002 peak of 438, the past year saw a small uptick in the number of reactors operating worldwide and a corresponding increase in the global fleet’s net operating capacity.

That’s one data point in the World Nuclear Industry Status Report 2021, the latest in a series of annual industry reports compiled by an international team of independent experts led by Mycle Schneider, a consultant based in Paris. The 409-page report, released this week, is packed with information about global and country-specific trends, but several findings stand out, and they don’t bode well for the nuclear energy industry.

First, although nuclear capacity is up, nuclear electricity production is down.

As of mid-2021, there were 415 nuclear reactors operating in 33 countries, seven reactors more than a year earlier. Their total capacity was 1.9 percent higher than a year earlier. But in 2020, the worldwide nuclear fleet generated 3.9 percent less electricity than in the previous year. That was the first decrease in output since 2012, when many reactors remained shut down in the wake of the Fukushima nuclear disaster.

Without China, where most of the new construction is happening, the decrease in production would look even bigger. In 2020, China for the first time produced more nuclear electricity than France, which relies heavily on nuclear energy. Only the United States produced more.

Nuclear energy’s share of global electricity generation also continued its steady decline, dropping from a peak of 17.5 percent in 1996 to 10.1 percent in 2020.

Although net nuclear capacity rose last year, the 0.4-gigawatt increase was minuscule in comparison with the gains made by renewable energy. “Nuclear is irrelevant in today’s electricity capacity newbuild market,” the industry report concludes.

Second, the report throws cold water on the prospects for small modular reactors. These reactors get a lot of media coverage and some public funding “but are so far unavailable commercially and will not be for another 10–15 years—if ever. Pilot projects in Argentina, China, and Russia have been disappointing,” according to the authors.

Third, the report warned that nuclear power is less resilient than renewables to challenges such as the COVID-19 pandemic and climate change. While there is no indication that the COVID-19 pandemic compromised safety at nuclear power plants, the pandemic not only reduced nuclear electricity consumption but also affected some schedules for reactor commissioning and fuel loading.

And finally, the 2021 report for the first time devoted an entire chapter to how criminality is affecting the industry. “There is a real question about the exposure of the nuclear power sector to criminal activities including bribery and corruption, counterfeiting and other falsification, as well as infiltration by organized crime,” the report says.

“Fraudulent and criminal activities in the nuclear industry entail significant potential and real consequences for the public,” the report warns. These activities can affect safety and security at nuclear power plants, and increase the cost of nuclear energy.