Governments have no time to waste on “fantasy PowerPoint designs” of small modular nuclear reactors (SMRs) that could never be built in time to save humanity from the climate crisis, says the author of an annual status report on the world nuclear industry. 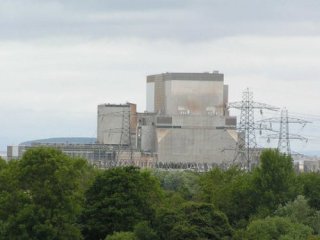 Governments have no time to waste on “fantasy PowerPoint designs” of small modular nuclear reactors (SMRs) that could never be built in time to save humanity from the climate crisis, says the author of an annual status report on the world nuclear industry.

Mycle Schneider said the governments of Britain, Canada, China, Russia and the United States are wasting time and money on plans for these reactors when affordable renewable energy solutions to the climate crisis are readily available.

“There is no SMR promoter suggesting a prototype could be licenced, built, and operating by the end of this decade,” he told a webinar this week hosted by the University of British Columbia. “That means—if ever, likely not—a commercialization could start only in the second half of the 2030s. That said, the industry has never kept its promises on schedules and budgets. We have no time, money, and brainpower to waste on fantasy PowerPoint designs.”

Professor MV Ramana, director of UBC’s Liu Centre for Global Issues, said a whole load of “rich people” including philanthropist Bill Gates have spent millions of dollars and more than a decade developing silver bullet nuclear solutions that have made little or no progress.

“It is as if they can wave a magic wand and solve the problem,” he said. “In fact, they are just buying time to keep the existing system going a little longer.”

Ramana added paper designs are cheap until they’re actually being built. The word modular was to describe a reactor whose costs could be controlled by building parts in a factory and then assembling them on site, like Lego. That idea echoed claims for previous US reactors that “could be built in 36 months,” but in reality took much longer. The average construction time for new reactors was 10 years after the first concrete had been poured, not including planning and licencing processes which took much longer.

The symposium followed the publication of Schneider’s World Nuclear Status Report 2021 [pdf], which shows a dramatic drop in the amount of electricity generated from nuclear energy in 2021. This was partly down to the COVID pandemic creating difficulties in maintaining nuclear facilities because of staff overcrowding, but also reflected aging reactors needing much longer outages for repairs than originally planned.

The report documents a dramatic reduction in output in France, where the average age of reactors is 35.6. In the United States, they are even older, at 40.2 years. Excluding China, nuclear power generation dropped to its lowest level since 1995, and in France to 1985. China has now become the second-largest producer of nuclear energy in the world, after the United States, with France dropping into third place.

The report emphasizes the need to look at nuclear power over a long period. The two decades from 2001 to 2020 saw 95 reactors start up and 98 shut down in the world. As there were 47 start-ups and no closures in China over the period, the 98 closures outside China were only matched by 48 start-ups, a drastic decline of 50 units.

Despite this clear evidence that the nuclear industry is in decline, newspapers all over Europe and the United States have been full of articles about the bright prospects of SMRs to solve the climate crisis.

This “power of promise” was offered against the background of higher gas and oil prices, which appeared to make nuclear power more economic.

But Schneider, lead author of the report, said the media reports were “giving the impression of a vibrant industry with great prospects which had nothing to do with the deep reality of what was happening on the ground.”

The fact is that large reactors have failed and become irrelevant in the fight against climate change, he said. Instead, they have been replaced by ideas of fantasy reactors that are cheap to build, produce little or no waste, or in some cases even eat waste. He said the nuclear industry is clutching at SMRs as a drowning person might clutch at a straw.

“It is a new way to cash in subsidies, and then ask for handouts to keep non-economic reactors operating—all for the climate, of course,” he said. But “small modular reactors would never be ready in time to make a difference to the climate crisis. Even if they worked, it would take centuries to build enough to make a difference.”