The industry wants to be seen as a green power alternative. It’s not working. 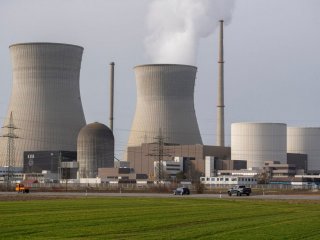 A decade after Japan’s Fukushima disaster upended Europe’s nuclear industry, it’s not been able to get much traction despite the sector’s argument that it’s a source of low-carbon power that could help tackle climate change.

“No climate activist should rely on nuclear power as a solution,” Germany’s Environment Minister Svenja Schulze said Thursday at an event marking the anniversary of the disaster. “Whoever bets on nuclear power is making an expensive mistake and detracts from what’s now really necessary in the climate crisis, namely the massive expansion of wind and solar power.”

The disaster prompted Germany to speed up the early shutdown of its nuclear fleet — a process that ends next year. Now Schulze is gunning for Germany’s nuclear fuel plants that supply reactors in other countries to be shut down.

It’s more bad news for an industry beset by delays, cost overruns, worries about relying on Russian or Chinese nuclear technology, and the still unsolved problem of what to do about radioactive waste. The future could get even trickier, as the EU mulls new green finance rules that may exclude investments in nuclear power — making it even harder to finance the hugely expensive projects.

Two parties in the European Parliament — the European Conservatives and Reformists and Renew Europe — recently issued a report calling for a positive rethink of nuclear power, saying the EU is well advised to consider a “Nuclear Renaissance” program.

However, the reality on the ground — in Europe and around the world — paints a gloomy picture.

Last year five reactors started up — four in China and one in Turkey — but six others closed, adding a net 0.4 gigawatts of nuclear capacity. That’s compared to 248 GW of non-hydro renewables added in 2020.

In 2019, six reactors came online but five were closed, resulting in a net global addition of 2.4 gigawatts of nuclear capacity, versus 184 GW of non-hydro renewables.

“Look at the numbers: there’s just nothing — it’s not even that there’s not much there, it’s literally nothing,” Schneider said. “The nuclear industry has become completely irrelevant to the electricity generating industry.”

The biggest barrier has historically been cost — it takes billions to build a plant and decades to recoup the investment. But once past that hurdle, nuclear is the cheapest source of energy, according to a December report by the International Energy Agency and the OECD.

That’s prompting countries like France to extend the lives of their existing plants beyond the anticipated 40 years — with some reactors in the U.S. getting approval to operate for as long as 80 years — rather than be replaced with pricey new builds.

That equation may shift toward new nuclear if the cost of carbon continues to grow — it’s currently at more than €40 a ton under the EU’s Emissions Trading System and rising fast.

“It’s true you have some historic anti-nuclear crusaders like Germany, Austria, Luxembourg, but the discussion in some countries is starting to shift to a much more favorable mindset,” said Desbazeille. “The Netherlands is already conducting a market survey to see which operators would be interesting in building new nuclear, because they now recognize bioenergy is not as sustainable as they originally thought and it’s a very dense country, so they are very limited in terms of space where they can build renewables like wind.”

Poland has included nuclear in its 2040 energy plans, and is being courted by U.S. firm Westinghouse and France’s EDF — which is building the French Flamanville 3 and the U.K.’s Hinkley Point C plant.

Belarus, Finland, Hungary and Turkey all have orders in for Russian supplier Rosatom’s VVER-1200 reactor — with the Czech Republic mulling the option for an upcoming nuclear tender.

“For countries in Eastern Europe that have nuclear plants, replacing the old ones or buying additional ones, to some extent that makes sense, because they’ve got the workforce, regulations, already in place,” Pomper said. “But I wouldn’t expect a big renaissance in the EU of nuclear power — if anything it’s going to decline because of Germany, because of France.”

Nuclear power generates about 70 percent of France’s electricity, but the government has promised to cut that to 50 percent by 2035.

Another hurdle is the EU’s sustainable finance taxonomy legislation, which so far does include nuclear due to the radioactive waste issue — meaning it won’t benefit from the push to get private capital into climate-friendly investments.

There is hope that can be resolved by so-called fast reactors — which can burn up certain kinds of nuclear waste during operation — but the technology is still being tinkered with.

Another idea is for small modular reactors — which have less output, and are priced in the hundreds of millions. However, even those are plagued with problems.

Andrey Rozhdestvin, CEO of Rosatom Western Europe, said his company is the only one to have put them into operation: two 30 megawatt floating reactors that can plug in to local heating districts in places like the Arctic.

As for U.S. startup NuScale, which obtained a generic license for a 60 MW reactor in the U.S., “unfortunately costs have gone through the roof since the original design, which is normal and is what always happens,” said Schneider. “All they have right now are basically Powerpoint reactors — it looks nice on the slide but they’re far from an operating pilot plant. We are more than a decade away from anything on the ground.”