Energy experts weekend, reviewed the challenges in meeting Nigeria’s rising energy demands while decreasing the negative impact of production on the climate, making a strong case for the adoption of nuclear energy. 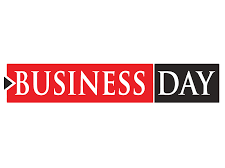 Energy experts weekend, reviewed the challenges in meeting Nigeria’s rising energy demands while decreasing the negative impact of production on the climate, making a strong case for the adoption of nuclear energy.

Speaking at the regular ‘Power Dialogue’ organized by The Electricity Hub (TEH), a subsidiary of The NexTier Group, in collaboration with the Heinrich Böll Foundation, the experts believe that given its potential for ensuring energy independence, extensive research should be conducted on its development cost alongside the technological and environmental implications of the energy source.

Despite the fact that Nigeria began her nuclear energy development about 40 years ago, with the Decree establishing Nigeria Atomic Nuclear Commission in 1976, global politics around nuclear tests led to the decline in local resource development

With the current irregular power supply and constant collapse of the national grid, the experts believe that Nigeria must diversify its energy source by exploring the potential of nuclear power to tackle its vast electricity deficit and against the backdrop of its recent commitment to net-zero emissions by 2060.

In 2015, the federal government entered into negotiations with Rosatom, Russia’s state-owned nuclear corporation, to collaborate with Nigeria in designing, constructing, and operating four nuclear power reactors by 2035.

In March 2022, the Nigerian government finally announced that it had opened bids to construct nuclear power plants to generate 4,000 MW of electricity, for the plants which are to be located in Kogi and Akwa Ibom States.

Emeka Okpukpara, while assessing the nation’s power challenges, noted several changes occurring in the space, such as the partial activation of contracts and the recent move by the Senate on States’ ability to generate power.

He believes that this, and the call for climate action, has created a window of opportunity for Nigerians to explore other ways of generating power, including nuclear energy.

He disclosed that research is however ongoing to develop new generation reactors with minimal waste products and increased capacity, as part of measures to tackle the environmental hazards of nuclear plants. “This research led to technological developments such as small modular reactors that can be installed within load centres with high efficiency” He stated that Nigeria is undergoing a gradual energy transition journey and foresees nuclear as a viable option and called for more extensive research into the resource before project commencement.

Sam Amadi, a former Chairman of the Nigerian Electricity Regulatory Commission ( NERC) noted that excluding wind energy, nuclear energy is the second most clean energy resource that is devoid of greenhouse gas emissions.

“In addition, its cost-effectiveness and efficient load base offers it a comparative advantage over other energy systems”, adding that the “ joint committee on nuclear development in Nigeria has a pipeline to develop four nuclear reactors with the capacity to generate 4000MW” Sam Amadi however, pointed out that “although nuclear power is a clean energy resource, it has significant environmental drawbacks, such as radioactive waste products from the reaction.

“ This is an essential factor to consider in Nigeria regarding talks around resource development.

Citing the lack of adequate transmission infrastructure to receive existing generation power, Amadi posed the question of whether the government should be more concerned with expanding capacity or increasing investments to ensure that the current generated capacity gets reliably distributed.

Ifeoma Malo in her contributions emphasized the need to decarbonise energy systems and seek solutions to achieve energy independence, in line with the global shift and trends around energy security.

She noted that over the last year, there had been several commercial activities around catalysing nuclear power in Nigeria, but added that Nigeria does not appear ready for nuclear energy generation, “ given the challenges around the existing electricity generation and supply network”

According to her, the current system is bedevilled by poor management structure in the country, which has impacted the current energy infrastructure. On the environmental issues of the resource, she pointed out the need to “delineate emissions, radiation and safety in considering nuclear as an energy transition fuel”

The panellists unanimously agreed that while nuclear energy is envisioned as a clean energy resource, talks around its development in Nigeria may not be viable considering the present bottlenecks affecting the country’s electricity sector.

Providing global updates on nuclear energy debates, Mycle Schneider opined that there is a considerable gap between the public perception of the status of the nuclear industry worldwide and the industrial reality. His presentation on the status and trends of nuclear power in the world revealed that the world recorded the maximum nuclear-operating units of 438 reactors in 2002. “In 2006, the maximum operating capacity of atomic reactors stood at 367.1GWe. The report also indicated that China had led the development of nuclear reactors, with the highest construction of plants recorded in 2010.” Outside of China, however, just a handful of nuclear energy constructions have been carried out worldwide, with a maximum of 7 in 2013.

Mycle further noted that nuclear energy development had seen minor investments in contrast to other renewable energy technologies like wind and solar, as a result of which there has been a stagnant capacity for nuclear power generation projects.

He, however, noted that in 2021, nuclear power as an energy source recovered with six new project constructions in China, adding that “ while small modular reactors have generated a lot of media attention, there is still limited public funding and little progress made”.