After meeting state and territory energy ministers this week to discuss the blowout in the price of gas, federal Climate Change and Energy Minister Chris Bowen appeared before the media. 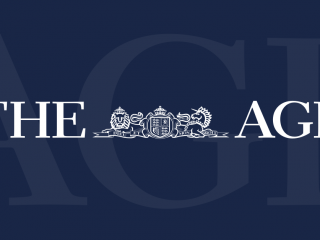 Source : The Age’s View: Nuclear power is unlikely for Australia, but let’s have the debate https://www.theage.com.au/environment/climate-change/nuclear-power-is-unlikely-for-australia-but-let-s-have-the-debate-20220610-p5asrg.html

After meeting state and territory energy ministers this week to discuss the blowout in the price of gas, federal Climate Change and Energy Minister Chris Bowen appeared before the media. While he largely kept to the topic, he barely contained his frustration when asked about the Coalition’s advocacy of nuclear energy.

In a blunt reply, Bowen asserted that nuclear power was the most expensive form of energy and would in no way lead to lower prices. His voice rising sharply, he said: “They want that debate? They really want to argue that? Bring it on. It’s just complete junk.”

Despite Bowen’s exasperation, the debate over the benefits or otherwise of nuclear energy is already bubbling away. Opposition Leader Peter Dutton made that clear when he told ABC Radio National on Monday that he was “not afraid to have a discussion on nuclear”. Then the Coalition’s climate and energy spokesman, Ted O’Brien, told Sky News that “it absolutely has to be on the table for serious consideration”, and Nationals leader David Litteproud called for a mature conversation on the issue.

The Coalition having been in government for nine years, it is puzzling that senior former Coalition ministers are choosing now, when they are sitting on the opposition benches, to have this discussion. Nevertheless, in an era when the devastating consequences of carbon emissions from fossil fuels are increasingly evident around the globe, the promise of a baseload energy source that does not contribute to climate change might seem attractive to some. Nuclear power plants provide about 10 percent of the world’s electricity from more than 400 reactors in 32 countries. France, for instance, has more than 50 nuclear power stations that generate about 70 per cent of its electricity.

In Australia, there have over the years been periodic bursts of debate on whether nuclear power is right for this country. The debate has always fizzled out or nuclear power has been rejected by experts as too expensive, impractical and unpopular. In the past, with an abundance of coal on hand, it has been politically easier in Australia to support the cheaper and technically simpler option of coal-fired power plants to generate the bulk of baseload electricity. But with the need to reduce our carbon emissions, the support for energy produced from fossil fuels is, quite rightly, evaporating.

Does that finally open the way for nuclear energy in this country? Australia has nearly a third of the world’s proven uranium reserves, making it the third-largest uranium producer. A federal parliamentary report in 2019 made several recommendations favourable to advancing our knowledge and opening the possibility of furthering our use of nuclear technology, including undertaking an independent assessment of its economic viability and pushing for Australia’s own national sovereign capability. Once again, little came of the report.

If the global trend in nuclear energy is anything to go by, that is a good thing. As The Age’s environment and climate editor, Nick O’Malley, pointed out this week, the most comprehensive analysis of the global nuclear industry is the annual World Nuclear Industry Status Report. The most recent, published before the Russian invasion of Ukraine, shows that despite a surge in activity in China, the global industry is declining. As of mid-2021, there were 23 fewer nuclear power plants than the 2002 peak of 438. The report found that 93 were abandoned during construction and another 53 were closed for maintenance.

Even without the major hurdles of ensuring the safety of a nuclear reactor and disposing of the waste, the cost and construction challenges are proving prohibitive. According to John Quiggin, a professor of economics at the University of Queensland, the few new large-scale nuclear power plants recently finished or still under construction have suffered enormous cost overruns and long delays.

This has fostered a lot of interest in “small modular reactors”, which are about a third of the size of a traditional nuclear power plant and designed to be manufactured at a plant and then transported to a site to be installed. This is being heralded as a way to significantly cut the cost and construction time. However, at this point it is far from a proven concept, with only China and Russia each having one in operation. Most companies are still in the design and development stage.

After nearly a decade of lost time because of policy paralysis in Canberra, Australia still has a long way to go in its transition to renewable energy. Whatever the mix of generation we end up with, there will be no shortcuts. Power must be both clean and dispatchable which, for now, presents a conundrum.

The number of renewable plants will need to double, then double again, and be geographically dispersed enough that they back one another up. The grid will need to grow hugely in response, and gas will be required as “firming capacity” for some time. The investment required is enormous. In Australia, nuclear power is most unlikely to be part of that mix but, yes, let’s once again have the debate.