Beijing’s planned investment in UK’s civil nuclear program, part of its One Belt One Road initiative, is on increasingly shaky ground 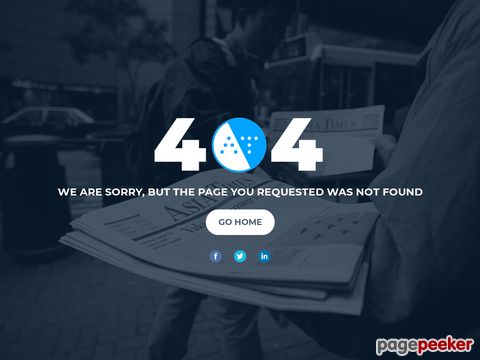 When it recently emerged that China General Nuclear Power Corporation (CNG) had refused to give a visiting team of UK government inspectors the security details for one its reactors, a slew of negative headlines followed in UK media about Chinese involvement in Britain’s power supply.

The inspectors, from the UK’s Office for Nuclear Regulation, had traveled to China to examine Fangchenggang’s Unit 3 nuclear power plant and its Hualong One third-generation pressurized reactor.

When it recently emerged that China General Nuclear Power Corporation (CNG) had refused to give a visiting team of UK government inspectors the security details for one its reactors, a slew of negative headlines followed in UK media about Chinese involvement in Britain’s power supply.

The inspectors, from the UK’s Office for Nuclear Regulation, had traveled to China to examine Fangchenggang’s Unit 3 nuclear power plant and its Hualong One third-generation pressurized reactor.

The Hualong One design is earmarked for a planned Chinese-built nuclear power plant at Bradwell on England’s east coast and the inspectors were in China to start a complex four-year Generic Design Assessment [GDA] process that will end, the Chinese hope, with the reactor’s approval for use in Britain.

China is the world’s fastest expanding nuclear power producer and has been clear about its desire to be a leading exporter, too. Exporting nuclear power is an objective of Xi Jinping’s Belt and Road initiative and nuclear is included as a core energy component in the country’s latest Five-Year Plan. At the center of this ambition is the Hualong One.

Developed though a state-led agglomeration of China’s main industry players and initially adapted in the 1990s from a French design, the Hualong One has since 2014 been packaged — along with a package of enticements comprising construction expertise, training support, competitive pricing and financing options — as China’s flagship power brand.

CNG says more than 20 countries have shown interest in the nuclear plant. While the first working Hualong One reactors will be in China, in what are revealingly described as “demonstration units,” two are currently under construction in Pakistan while an Argentinian one reported to be worth US$9 billion is due in 2020. After that should come Bradwell.

The UK has not commissioned a nuclear power station for almost 30 years, but now has plans for six sites. China currently has involvement in three, but that could become four after the bankruptcy of Toshiba’s nuclear arm.

The first two, Hinkley Point C and Sizewell, only saw Chinese involvement after the French state-owned Électricité de France (EDF) voiced concern about growing costs. China agreed to help with finance as long as it got to build a Hualong One at Bradwell, which will be the first wholly Chinese-designed reactor to be built in a western country.

“Is this a good investment for China?” asks nuclear risk expert Jerzy Grynblat. “It is very hard to say because, as it comes from the Chinese government, some of the sums will remain hidden. But what is perhaps more important to ask is why the Chinese state wants to invest when no western government will?”

For Grynblat – who, before retiring in early 2017, was Nuclear Business Director at safety assurance consultancy Lloyd’s Register – it is “purely an expansion of political power.”

Grynblat explains that the UK is currently the only western country with a nuclear power program. “They needed to add capacity and replace existing capacity… In terms of power security, the UK was in a bad position and they had to do something.” That gave China an opportunity, says Grynblat. “Bradwell presented the Hualong One with an important foothold in the West.”

The design of the Hualong One, Grynblat believes, is reminiscent of a Swedish reactor from the 1980s. “It surprised me a little,” he says. “It really is quite old fashioned. I am not saying this makes it unsafe, certainly not, but what it does is make use of well known technology. And this makes approvals more straightforward… And the GDA process that they are starting now in the UK is crucial to them. They will be able use this all over the world.”

Yet Froggatt is not convinced that Bradwell itself will be built. “The industry is changing rapidly. Even since China first got involved in the UK in 2015, the price of offshore wind and solar has got much cheaper. There is also recognition in the UK government that the Hinkley contract cannot be repeated at Sizewell because it has made the cost of the power so expensive… Hinkley is happening but very slowly. They originally said it would be built by 2018. Now they are saying 2025… As such, I am now thinking that Sizewell will not happen.”

“And Bradwell,” says Froggatt, “is a different story again…. It is a new reactor, it’s Chinese and there are the security issues.” He asks: “Will the Chinese ever be able to open up the design specifications?”

The UK’s inspectors were quick to brush off their access issues in China and instead praised CNG’s “high level of expertise and commitment.” But it is not the first time there has been negativity around the China-UK power deal.

Last year, amid rising public opposition, Prime Minister Teresa May felt compelled to suspend the Hinkley project while a “security review” was carried out. Nick Timothy, May’s joint chief of staff at the time, had bluntly warned that the Chinese might be able to “build weaknesses into computer systems which will allow them to shut down Britain’s energy production at will.”

There is a lot at stake here, for both China and the UK. And, much like a nuclear reactor, it looks like this story will run and run.