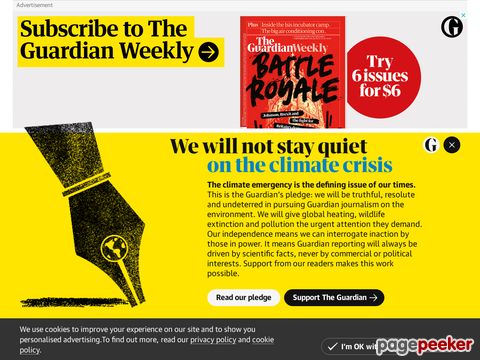 China wants to become a global leader in nuclear power and the UK is crucial to realising its ambitions.

While other countries have scaled back on atomic energy in the wake of the Fukushima disaster, state-backed Chinese companies benefit from the fact that China is still relying on nuclear energy to reach the country’s low-carbon goals.

“China is going in the opposite direction. The massive experience possessed by the Chinese nuclear industry, consistently building for the past 30 years and adopting various next-generation technologies, is being recognised by the global nuclear industry,” said Zaf Coelho, the director of Asia Nuclear Business Platform, based in Singapore.

The UK, where as many as six new nuclear power stations could be built over the next two decades, is an obvious export target for Chinese nuclear. If state-owned China General Nuclear Power (GNP) – the main player in China’s nuclear industry – buys a 49% stake in the UK’s existing nuclear plants, as it was recently reported to be considering, that would mark a significant expansion of China’s role in the UK nuclear sector.

But the depth of CGN’s existing involvement in UK nuclear may surprise some.

The most high-profile project is the £20bn Hinkley Point C power station in Somerset, which is being built by EDF Energy with a French reactor design but was only made possible by CGN UK’s 33.5% stake to underwrite its daunting finances.

It was that Chinese ownership of a strategic piece of infrastructure that led Theresa May to temporarily halt the signing of the crucial subsidy deal for Hinkley when she became prime minister.

Isabel Hilton, the CEO of Chinadialogue.net, said the UK opening up vital infrastructure to China was without parallel in the western world. “No other OECD country has done this. This is strategic infrastructure, and China is a partner but not an ally in the security sense.

The UK has appeared amenable to Chinese investment, though recently the UK cybersecurity watchdog warned British telecommunications companies against dealing with Chinese tech firm ZTE. One expert acknowledges that security concerns are a potential check to Chinese ambitions.

Zha Daojiong, a professor of non-traditional security studies at Peking University, said: “The question is not whether your nuclear technology is safe or not, it’s a question of politics. To be blunt, most countries think: ‘Anybody but China.’ This kind of thinking is becoming more and more popular among western countries. It’s a serious problem.”

CGN is also drawing up plans for Bradwell B in Essex, where China hopes to showcase its own nuclear reactor technology. CGN UK holds the majority stake (66.5%) in the development company, with EDF in a supporting role. Then there is a third joint venture to get Bradwell’s Chinese reactor design through the UK nuclear regulatory process.

Finally, there is Sizewell C in Suffolk, where EDF wants to build a clone of Hinkley Point C if it can attract enough private investment. CGN holds a 20% share.

While Germany and other western countries have turned their backs on nuclear, the UK is strongly committed to new nuclear to meet its carbon goals and this means, despite security concerns, the government needs Chinese involvement.

Robert Davies, the chief operating officer of CGN UK, said: “The UK is open to investment, and we want to invest in clean energy in this country.”

He is acutely aware of the need for future plants to be cheaper, given criticism over the cost of the EDF subsidy deal. “We understand the cost of electricity has to fall significantly from Hinkley Point,” he said.

But the company is open about the bigger prize – the UK as a springboard for exporting Chinese nuclear technology to other countries.

“For us, the UK is an important stepping stone into Europe. The GDA process [UK regulatory approval] is recognised in the nuclear world as having a lot of clout,” said Davies.

Asked if the UK should be concerned about China owning its nuclear power stations, he said: “We are not surprised and see nothing wrong with governments questioning our rationale for investing in their country.”

For now, the company’s UK footprint is small – just 70 of its 44,000 staff are based here. But his hope is the firm will become viewed “not as an outsider that has come in, but part of the furniture”.

China’s commitment was on show at a recent lavish nuclear industry event in London. No expense was spared on hosting the summit at the prestigious Guildhall building, where the Chinese ambassador to the UK told jokes and argued the case for new nuclear.

Mycle Schneider, a Paris-based nuclear industry analyst, said cost was not an issue for Beijing because the Chinese are playing a long game. “It was clear quite early on there was a strategy to make the UK a platform … A few billion here or there is not the point. It’s about strategic assets.”

But he said CGN still had a lot to learn about how the UK worked. “China does not have any building experience in any countries other than Pakistan, and that is not really comparable to the UK.”

Zhou Dali, a former Chinese energy official, as director of the energy research institute of China’s National Development and Reform Commission, said: “We are learning how to do business with patience. Because you cannot force others to do something. You can only help.

“We will give more and more information about the technology’s improvements, but the final decision will be made by the UK people and your politicians.”