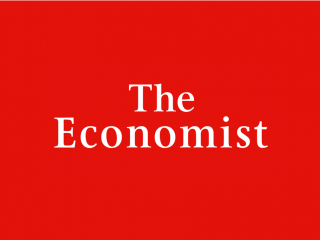 Nuclear power seems, in some ways, tailor-made for this day and age. It emits next to no carbon. It provides reliable baseload electricity when sun isn’t drenching solar panels or wind isn’t wafting through turbine blades. And it does not leave its operators hostage to fossil fuels from dictators like Vladimir Putin, who has throttled the supply of Russian natural gas to Europe in response to Western sanctions over his invasion of Ukraine. With memories of the Fukushima meltdown in Japan 11 years ago fading, countries from Britain to India are considering fission as a critical part of their future energy mix. Even in nuclear-sceptical Germany, which decided to mothball its nuclear reactors in that disaster’s wake, the government felt compelled in October to extend the lifetime of the three remaining ones until April 2023.

If there is one country that should already be enjoying all the benefits of this abundant carbon- and autocrat-free power, it is France. Its fleet of 56 reactors accounts for around 70% of national electricity-generating capacity, the highest share in the world and more than three times the figure in America. That allows the French to emit just 4.5 tonnes of carbon dioxide per person in a typical year, much less than gas-addled Germans (7.9 tonnes) or car-crazy Americans (14.7 tonnes). As for Mr Putin’s energy blackmail, on European minds again as a mercifully mild autumn suddenly gives way to a frigid winter this week, you might expect it to be met with a Gallic shrug.

France should, in other words, be basking in the warm glow of controlled fission reactions. Instead, after a decade of mismanagement and political mixed signals, its nuclear industry is desperately trying not to implode. A third of France’s ageing fleet is out of action owing to maintenance and other technical problems. Experts warn of possible power outages during extreme cold spells later this winter. To keep up with demand, France has to import pricey electricity, from Germany of all places. The fleet’s state-controlled operator, EDF, is being fully renationalised to save it from bankruptcy. The company’s newly appointed boss, Luc Rémont, talks of a “serious crisis”.

A lot is riding on its resolution. Europe is counting on the French nuclear industry to stop being a drag on the continent’s beleaguered energy system this winter. Emmanuel Macron, France’s president, is counting on it for a national nuclear renaissance. More broadly, its success may determine whether the world’s newer nuclear converts see the French experience as an object lesson—or a cautionary tale.

To understand the French nuclear business’s current predicament it is worth going back to its roots in the oil shock of 1973. At the time, most French power plants ran on petroleum. As the fuel became scarce, French politicians concluded that in order to be truly sovereign, the country needed an energy source it could control. Nuclear power seemed just the ticket. France already knew something about the technology, having built an atom bomb and nuclear submarines. It also boasted a cohesive corps of engineers, most of whom attended the same university, the École Polytechnique. And the country’s centralised political system allowed the powerful executive branch to ram through the ambitious programme without much consultation with either the French public or their elected representatives.

This rapid ramp-up had big advantages. Critically, it enabled France to enjoy what industry types call the “fleet effect”. Building a reactor is hugely complex and requires a lot of learning by doing. So long as you keep doing, the expertise grows, making each new project easier. Between 1974 and the late 1980s EDF brought reactors online at a rhythm of up to six a year, with construction crews moving swiftly from one plant to another. Atom’s heart smothered

However, the French approach has created a number of lingering problems. On the technical side, squeezing a lot of construction into a few years means that reactors undergo their big decennial refit (le grand carénage) around the same time. And since they are built to the same standard, problems found in one regularly trigger repairs in others. As a result, French reactors’ “load factor”, a measure of whether a plant is running at full capacity, hovers at 60% or so, compared with more than 90% in America. In 2021, 5,810 reactor-days were lost to outages, of which almost 30% were unplanned, according to the “World Nuclear Industry Status Report”, an independent publication. The latest refits keep revealing ugly surprises: a year ago EDF discovered cracks, due to corrosion, in the emergency core-cooling systems of some reactors, leading the company to shut down 16 of them. Three have been turned back on; the other 13 remain idle.

Meanwhile, with little accountability and oversight the industry quickly became a state within a state, characterised by groupthink and, in the words of one former insider, “a serious lack of self-doubt”. This led to some terrible business decisions. In the early 2000s Framatome, the company that built reactors for EDF, developed ambitions of its own. Under new management—and a new name, Areva—it signed a contract with Finland to build a new type of plant, called the European pressurised-water reactor (EPR), which it had developed jointly with Siemens, a German conglomerate. Not to be outdone, EDF decided to build its own EPR at home in Flamanville, and sell others to China and Britain.

Both Areva and EDF started construction before they knew what exactly they would build and how much it would cost. As often happens when the French and Germans co-operate, the EPR was a hugely complex beast, not least because it had to satisfy both countries’ nuclear inspectors. The upshot is that neither reactor has yet produced much electricity. Both are way over budget. The Finnish project, at Olkiluoto, bankrupted Areva, whose reactors business EDF took over in 2017. The cost of Flamanville has gone from an original price tag of €3.3bn (then $4.8bn) to €19bn (including financing) and counting.

Finally, bypassing the legislature, which may have speeded things up at first, has made French nuclear policy more vulnerable to political winds. In 2012 François Hollande, the Socialist president, convinced the Greens to back his successful presidential campaign in exchange for a promise to close the country’s two oldest reactors in Fessenheim, near the German border, and limit nuclear power in the country’s electricity mix to 50% by 2025, which implied the closure of up to 20 reactors. Mr Hollande kept the first promise but not the second. Still, the prospect of wider decommissioning helped put the fleet effect into reverse. Just as nuclear success begets more success, nuclear failure feeds on itself, as lost expertise gets harder to replenish.

Mr Macron now wants to turn the vicious circle virtuous once again. In February, even before Mr Putin attacked Ukraine, the French president announced that the country will start building new reactors again: at least six and up to 14 if things go well. “We have to pick up the thread of the great adventure of civil nuclear energy,” he declared. Barring last-minute legal hiccups, the French state will have full control of EDF within a fortnight, recreating unité d’action, as the French would say. “The state is now fully back in charge,” explains Emmanuel Autier of BearingPoint, a consultancy.

The next, harder task is for the president’s hand-picked EDF boss, Mr Rémont, to get as many of the shut reactors back online as he can. EDF has pledged to have most of them up and running by January, which seems ambitious. The new CEO must also deal with the bill for the outages, and for the government’s cap on tariff rises imposed to stave off anger over high energy prices. This, plus the requirement to sell some power at a discount to rival suppliers, could cost EDF €42bn this year in gross operating losses, reckons Moody’s, a ratings agency. With net debt already at €90bn, up from around €70bn a year ago, Mr Rémont will have to convince the French state to provide the firm with additional capital to cover the upcoming big refit, which could cost €50bn-60bn, and Mr Macron’s new reactors, which would add up to about the same, all told. And he has to persuade the eu’s competition enforcers to accept the state aid and refrain from insisting that EDF split itself up by selling its profitable global renewable business.

More difficult still may be building the new reactors. EDF engineers have been working on a new design, called EPR2, which is an attempt to learn from previous mistakes and simplify the first version. Gone are many parts needed to comply with German rules. Components will be standardised. Instead of 13,309 different faucets and valves, for instance, the EPR2 will sport only 1,205, according to the current plan. And it is supposed to be built in pairs, with only 18 months between the start of construction of the first and the second reactor.

To ensure everything goes smoothly, EDF has added a head of “industrial quality” to its executive board. In this role Alain Tranzer, a former carmaking executive, has launched “Excell plan” to fortify the ecosystem of nuclear-related companies, digitise the surprisingly analogue industry and introduce better project management. As part of the plan, in October EDF and its partners opened a school for welders, teaching students how to bind a reactor’s 370km or so of pipes so tightly that no superheated, often contaminated water can escape; at the moment such professionals are so scarce in France that EDF has had to fly them in at a high cost from America and Canada. Mr Tranzer’s plan also calls for the creation of a University for Nuclear Trades, which opened its lecture halls in April.

Not everyone is convinced of the new strategy. “They are making the same mistake again by starting before detailed engineering is completed,” says Mycle Schneider, co-ordinator of the report on the state of the nuclear industry. EDF may have already invested more than 1m engineer-hours in the EPR2, but another 19m may be needed to fine-tune the design. Even government experts have doubts about whether EDF will be able to deliver six EPR2s on time and on budget. In a leaked internal memo from late 2021 they warn that the first pair may not be ready before 2043, not 2035 as promised, and could cost €21bn in today’s money, rather than €17bn-18.5bn. The Cour des Comptes, France’s auditing office, has calculated that in 2019 a megawatt-hour (MWh) of nuclear power cost nearly €65 (taking into account construction costs). The EPR2 may be able to produce it more cheaply, but certainly not at the rate of €15 and €46 that Spaniards and Germans, respectively, already sometimes pay per solar MWh.

And recreating the broader tailwinds that helped France launch the fleet effect in the 1970s and 1980s will not be easy. Despite the new welding school and nuclear university, France is no longer the industrial power it once was, limiting the pool of candidates. It may be difficult to recruit the skilled workers needed, beyond the 220,000 that already work in the sector. And although the reputation of nuclear power is improving—two-thirds of French think that it has a future, up from less than half in 2016—local protests are likely near proposed plants. “We have to be very humble about our capacity to build new reactors,” cautions Nicolas Goldberg of Colombus Consulting, a firm of advisers. For the French, a nation not known for humility, that may be the hardest test of all.