“A French government proposal to shorten the process of approving new nuclear energy projects is being considered by the Senate. The government says the law is necessary and cost effective, but climate activists including Greenpeace say it’s a waste of time and money.” 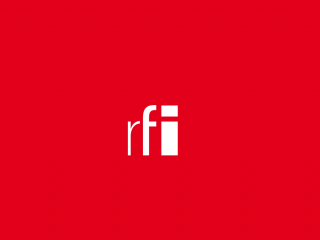 The highly technical bill being examined by France’s upper house of parliament is intended to reduce the red tape the government says is slowing the renewal of France’s nuclear reactors, which are falling into disrepair, raising concerns about price increases and power cuts.

The government wants to build six new generation European Pressurised Reactors (EPRs), with an option for eight more, while continuing to invest in renewable sources of energy.

“Renewable technology is already available and gives a return on investment in just a few years.”

No one can calculate how much the government project will cost, “nor even if such an industrial undertaking is feasible,” said Mycle Schneider, who co-ordinated the World Nuclear Industry Status Report (WNISR), published in October, which showed that global investment in wind power and solar electricity was 15 times greater than in nuclear energy in 2021.

France’s Energy Transition Minister, Agnès Pannier-Runacher, has assured the Senate that because the six reactors are identical, the overall cost will be reduced.

The EPR has been held up as the future of nuclear power and is at the heart of President Emmanuel Macron’s energy plans, which almost a year ago he indicated was to be focused on renewing France’s commitment to nuclear.

Conceived in the wake of the 1986 Chernobyl catastrophe, the EPR was touted as offering higher output and greater safety.

But EPR projects in France and elsewhere have been plagued by delays and cost overruns.

An EPR project in Finland, already 12 years behind schedule, has suffered a further setback.

Tests on the pumps, which cool the reactor core at the Olkiluoto 3 facility, caused structural damage, including cracks in pipework.

Engineers working on the site have described this latest problem as “especially challenging”.

When it finally comes on-line, Olkiluoto 3 will be the most powerful nuclear electricity plant in Europe. Construction began in 2005.

Meanwhile, the French National Agency for the Management of Radioactive Waste (Andra) on Tuesday formally requested government approval to build an underground storage facility for the most dangerous by-products of the nuclear process.

The proposal to bury 83,000 cubic metres of radioactive waste in galleries 500 metres underground near the town of Bure, in the foothills of the Jura mountains, has been given approval in principle but has been widely criticised as dangerous both to the environment and to people in the area.

The next phase in the government’s examination of the project is expected to take five years to complete and will include consultations with local interests and a public debate.

The six EPR units that the government hopes to build would increase the amount of nuclear waste produced by at least 18 percent of current levels.