Safer reactors designed in the U.S. and Europe make their power grid debuts in China 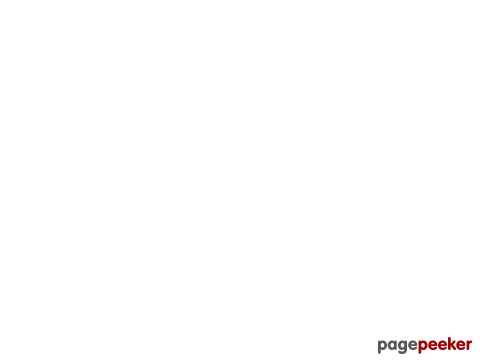 Call it the world’s slowest photo finish. After several decades of engineering, construction flaws and delays, and cost overruns — a troubled birth that cost their developers dearly — the most advanced commercial reactor designs from Europe and the United States just delivered their first megawatt-hours of electricity within one day of each other. But their benefits — including safety advances such as the AP1000’s passive cooling and the EPR’s airplane crash-proof shell — may offer too little, too late to secure future projects.

Both of the design debuts happened in China late last month. On Thursday, June 29 a 1,400-MW EPR designed in France and Germany synced up to the grid at the Taishan nuclear power plant. The next day the U.S.-designed 1,117-MW AP1000 delivered first power at China’s Sanmen plant.

Both projects are coming online years behind schedule, and they are still at least several months away from full commercial operation. But the real problem for the AP1000 and the EPR are the designs’ unfinished Western debuts.

Delays are commonplace in the nuclear industry. For instance, the Korean-built nuclear reactors originally due to begin starting up last year in the United Arab Emirates were recently pushed back to late 2019 or early 2020. But the AP1000 and EPR troubles are in a different league.

The AP1000 is designed to passively cool itself during an accidental shutdown, theoretically avoiding accidents like the one at Japan’s Fukushima Daiichi. But AP1000 developer Westinghouse declared bankruptcy last year due to construction troubles, particularly at dual-reactor plants for utilities in Georgia and South Carolina. The latter abandoned their pair of partially built AP1000s after investing US $9 billion. The Georgia plant, initiated in 2012, is projected to be completed five years late in 2022 and at a cost of $25 billion — $11 billion more than budgeted.

Delays for the EPR, whose dual-layered concrete shield protects against airplane strikes, contributed to the breakup of Paris-based nuclear giant Areva in 2015. And the first EPR projects in France and Finland remain troubled under French utility Electricité de France (EDF), which absorbed Areva’s reactor business, Fromatome. The Finnish plant, started in 2005 and expected to take four years, is currently slated for startup next year, and deadlines continue to come and go. In June, Finnish utility Teollisuuden Voima Oyj announced that startup had slid another four months to September 2019.

The troubled EPR and AP1000 projects show that U.S. and European firms have lost competence in nuclear construction and management. ”It’s no coincidence that two of the four AP1000s in the U.S. were abandoned, and that the EPRs that started much earlier than Taishan’s in Finland and France are still under construction,” says nuclear energy consultant Mycle Schneider, principal author of the annual World Nuclear Industry Status Report. “The Chinese have a very large workforce that they move from one project to another, so their skills are actually getting better, whereas European and North American companies haven’t completed reactors in decades,” says Schneider.

This loss of nuclear competence is being cited by nuclear and national security experts in both the U.S. and in Europe’s nuclear weapons states as a threat to their military nuclear programs. The White House cited this nuclear nexus in a May memo instructing Rick Perry, the Secretary of Energy, to force utilities to buy power from unprofitable nuclear and coal plants. The memo states that the “entire US nuclear enterprise” including nuclear weapons and naval propulsion,”depends on a robust civilian nuclear industry.”

A letter sent to Perry last month by 75 former U.S. military, industrial and academic leaders adds to the nexus argument, citing a statement from the Trump Administration’s 2018 Nuclear Posture Review about the United States’ inability to produce enriched uranium for nuclear weapons. "Re-establishing this capability will be far easier and more economical with a strong, thriving civil nuclear sector,” write the signatories.

Heavy dependence on China, meanwhile, puts the global nuclear industry in a vulnerable position. Total nuclear generation declined last year if one takes out China, notes Schneider. And he says a Chinese nuclear growth gap is coming since it hasn’t started building a new reactor in 18 months.

For more a decade, the AP1000 has been the presumed successor to China’s mainstay reactors, which employ a 1970s-era French design. Areva’s EPR was a fallback option. The Chinese government may now wait to see how the first reactors actually operate before it approves a new wave of reactor construction.

All the while, nuclear is falling further behind renewable solar and wind power. As Schneider notes, the 3.3 GW of new nuclear capacity connected to the grid worldwide in 2017 (including three in China and a fourth in Pakistan built by Chinese firms) pales in comparison to the 53 GW of solar power installed in China alone.