Nuclear energy production will not make a meaningful contribution to job creation and will not lead to energy justice. 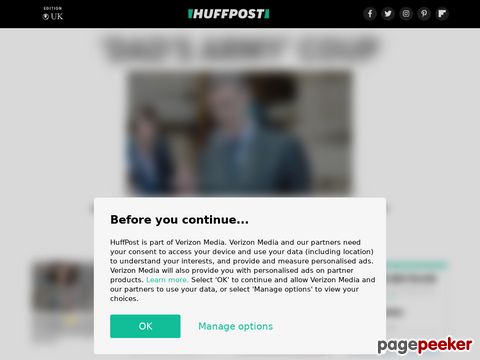 Source : 9 Things You Need To Know About The Nuclear Deal And Energy Justice https://www.huffingtonpost.co.uk/pooven-moodley/9-things-you-need-to-know-about-the-nuclear-deal-and-energy-justice_a_23283908

There’s been a lot of backing and forthing, but in October 2017, the department of environmental affairs finally granted permission for Eskom to go ahead with its plans to build a new nuclear plant at Duynefontein on the West Coast.

Here are 9 things you should now about nuclear, and they ain’t pretty...

1. South Africa can neither afford, nor does it need a new nuclear power station

Nuclear is much more expensive than other energy options, especially when you factor in that nuclear power plants age and need to be decommissioned. Minister of Finance Malusi Gigaba indicated that we currently can’t afford a new plant, and that we would need our GDP to be over the 3 percent mark before we consider this option.

On top of this, the finance minister has also said that South Africa does not need nuclear energy since we have excess electricity and are, therefore, able to service our needs into the future.

2. The world’s nuclear leaders are all moving to renewable energy

The current trend around the world is to move away from nuclear with a fast track to renewable energy. Countries such as Germany — which has much more limited access to renewable-energy sources compared to South Africa — are planning to phase out its nuclear power plants by 2022.

In the last decade, there’s been a steep rise in the use of renewables in places such as China, Europe, Latin America and the U.S. New renewable energy is coming on stream globally at lower prices than the operating and maintenance costs of some nuclear power stations, the 2017 World Nuclear Industry Status Report has revealed.

Nuclear plants only have a lifespan of between 40 and 80 years, depending on the technology used, after which they must be decommissioned. This land remains unusable for thousands of years, and surrounding land is also compromised in the case of an accident or leakage.

Even if everything goes right, nuclear is still a very dangerous technology, and the biggest unresolved issue is that of spent fuel. Some of the waste products of nuclear energy remain dangerous for a very long time. (Plutonion-239 has a half-life of 24,000 years, meaning that it takes 24,000 years to become half as radioactive.)

The lifespan of nuclear waste is not the only problem. Up to now, none of the countries that use nuclear energy has found a satisfactory solution to safely storing radioactive waste.

Although nuclear accidents are rare, when they do occur, they are so severe that they pose a very serious risk to public health. Nuclear accidents also negatively impact on the livelihoods of the communities and the environment surrounding the plants.

The two most serious nuclear accidents, according to the International Nuclear Event Scale, both took place fairly recently and in countries with advanced nuclear technology. Both of these events had devastating impacts.

The 1986 Chernobyl disaster in Russia still affects a significant piece of land, which cannot be inhabited by humans, while the 2011 Fukushima disaster in Japan is still thought to be contaminating fisheries throughout the Pacific Ocean.

In terms of the nuclear jobs potential in SA, the Russian state-owned nuclear company Rosatom stated in mid-2013 that 15,000 new jobs would be created directly by the procurement. However, in March of this year, that number dropped significantly, to only 5,760. Rosatom is expected to win the contract for building a new nuclear plant in South Africa.

How is it possible that government plans to invest upwards of R1 trillion on a nuclear deal, when it is unable to improve access and quality of basic services, such as health and water infrastructure? On the other hand, renewable technologies, including wind and solar, are more likely than nuclear to be set up through decentralised power grids. This means more power-generating facilities, and therefore more jobs. In Australia, renewables account for only a small percentage of the overall energy mix but create 13 times more jobs than the nuclear industry.

A phased switch to renewable energy generation in South Africa, which includes the domestic manufacture of renewable technologies, could create approximately 180,000 new jobs by 2030, research by the Institute for Sustainable Futures indicates.

7. Renewable energy will be available much quicker than nuclear

South Africa absolutely needs access to affordable energy — and we need it now. Options such as solar can begin meeting domestic energy needs in a matter of a few months.

The proposed nuclear power plant would take far too long to start producing energy, with a minimum estimated waiting time of 10 years. Actual construction times routinely extend to double (or more) the original estimates, and very little power is produced for the national grid in the first 10 years.

8. If we invest in nuclear, we’ll have less money for water and education

Government indicates that there is currently not enough money to provide basic services and ensure we have an infrastructure that supports the development of the people of South Africa. How is it possible that government plans to invest upwards of R1 trillion on a nuclear deal when it is unable to improve access to and quality of basic services, such as health and water infrastructure? Promises such as the provision of free education will remain out of reach.

The Western Cape High Court declared the proposed nuclear plant illegal earlier this year. Yet, the SA government continues to make key energy decisions in secret — which will have a negative impact on current and future generations in South Africa — and without any input from the people of the country. Parliament has not held a discussion with communities or invited participation around the issue of just energy, let alone this massive nuclear deal.